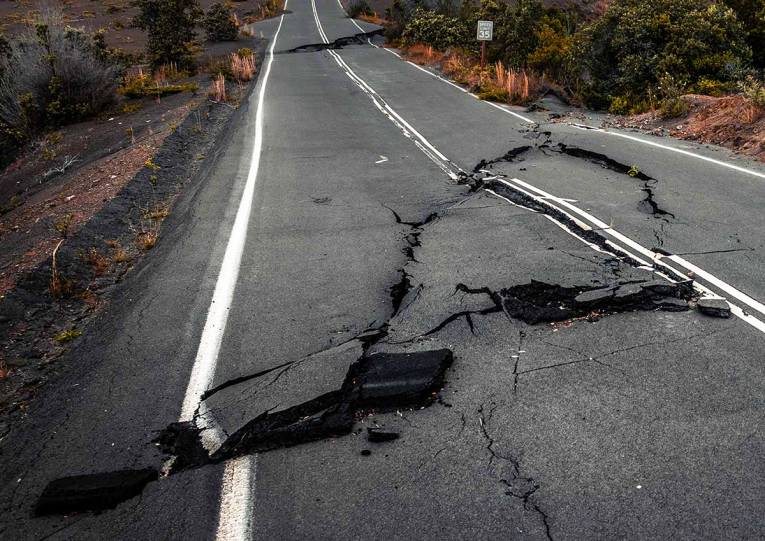 The earthquake in central Croatia was also felt in Slovakia

On Tuesday, December 29, 2020, at 12:19 p.m. Central European Winter Time (11:19:54 World Time) the area of Croatia was hit by an earthquake, which caused great material damage to buildings and infrastructure. In the meanwhile, one victim is reported but there is a realistic assumption that there will be a higher number of victims, especially in the area around the epicentre.

The epicentre of the earthquake was located near the town of Petrinja, about 50 km south-east of the capital Zagreb and about 10 km south-west of the city of Sisak. The earthquake magnitude, determined in the European-Mediterranean Seismological Centre CSEM-EMSC on the basis of data from seismic stations (including Slovak ones), has a value of Mw = 6.4, the depth of the earthquake (hypocentre) is 10 km below the Earth´s surface. The earthquake of December 29 was preceded in the same epicentral area by tremors on December 28 in the morning, of which the two strongest had magnitudes of 5.2 and 5.0. After the earthquake on December 29, there followed within a few hours at least 6 after-earthquake tremors with a magnitude of 3.1-4.5, which were also macro-seismically felt. Increased seismic activity is expected here in the following period as well.

The strongest tremor was also felt in Slovakia. The location of the epicentre and the site of observations from the Slovak territory are displayed on the website HERE, which we regularly update. As of 17:00 on December 29, 2020, almost 400 observations are registered, mainly from the territory of south-western Slovakia - from Bratislava to Trenčín, but also from Kútov in the west to Košice in the east. However, we want to strongly explain and point out that it was not an earthquake in Slovakia, but a felt earthquake with an epicentre located 400-500 km away from our territory.

Earthquakes are not a rare phenomenon in the territory of today´s Croatia. In terms of seismic activity, Croatia is a more active region than Slovakia. The strongest earthquake was recorded on April 6, 1667, in Dubrovnik, and its estimated magnitude was 7.2. This earthquake ruined the city and claimed more than 5,000 victims. The last strong earthquake near Zagreb, comparable to the current phenomenon, was 140 years ago, more precisely on November 9, 1880, whit an estimated magnitude of 6.3 and it caused serious damage to buildings. These strong earthquakes were probably observed in the territory of today´s Slovakia, too, but the Earth Science Institute SAS has no historical data about it. The other medium-strong earthquake near Zagreb was on March 22, 2020, with a magnitude of Mw = 5.4. But the earthquake of December 29, 2020, was 32 times stronger in terms of the difference in energy released than the earthquake of March 2020.

Current earthquakes in Croatia have also been recorded by seismic stations of the National Network of Seismic Stations (NSSS), operated by the Earth Science Institute SAS. The NSSS system for automatic detection and localisation of seismic phenomena determined, within a few minutes after the earthquake, the signals caused by Croatian earthquakes on seismic records, and calculated the first estimate of locations (epicentres and depths) and magnitude of earthquakes. These initial data are in a very good agreement with the later parameters determined by the European-Mediterranean Seismological Centre CSEM-EMSC.

Routinely, in addition to the fast first automatic processing, the seismic records are then manually analysed at the NSSS Data and Analysis Centre. The results of the analyses are regularly sent within the international data exchange to the data centres of the surrounding countries and to the international seismological centres, where the parameters of individual earthquakes are further specified on the basis of a large amount of information available in this way.

From a geological point of view, the epicentres of the earthquakes of December 28 and 29, 2020, are located in the wider Mid-Hungarian Shear Zone, which separates the northern Alpine-Carpathian-Pannonian crustal block (ALCAPA Block) from the southern European, more precisely the Dinaric Block Tisa - Dacia (TISZA - DACIA Block) in the deep crustal structures of Central Europe.

Earthquake focal mechanisms indicate the movement activity at lateral strike-slip faults, i.e. tectonic movement along the blocks with a left-lateral sense of movement (SINISTRAL STRIKE SLIP Focal Mechanism) at a hypocentral depth of the earthquake of about 10 km, which corresponds to the overall nature of movements in the Central Hungarian tectonic zone.