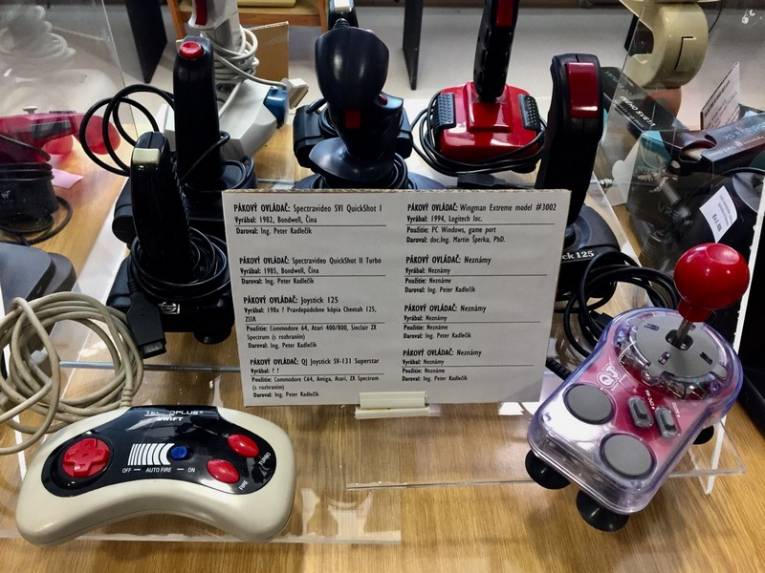 Today, video games are an inseparable part of the life of a large amount of the population. The Centre of Operations SAS - Computing Centre has prepared several interesting facts about this phenomenon for today's National Video Game Day. The first video game is considered to be an artificial intelligence called Bertie the Brain, which was able to play Tic-tac-toe.

This device was assembled in 1950 by Josef Kates at the Canadian National Exhibition. The first gaming device was up to 4 meters high, which is why it was never mass-produced. After the Canadian National Exhibition, another piece was never made again.  Another computer adapted for playing the game was the Nimrod, which was introduced at the Festival of Britain in 1951. Nimrod and Bertie the Brain can be considered the founders of the world of video games in the form as we know it today.

When creating video games, the basis is an idea, an original idea, which would be worth realizing. At the beginning, it is important to know what type of game you want to create, whether it will be a sports game, action or logic game. The creator of the video game must have an idea of the story, the length of the game, the budget and the levels of complexity. An important step is the right choice of software that will make the work easier for creators. The longest-lasting phase in the creation of the game is the creation itself - the creation of the environment and individual characters. Creating a video game is a demanding and lengthy process, the most pleasant part of which is the publication of the game.

We often come across the view that video games have a negative impact on players. A group of scientists under the expert guidance of Marc Palaus looked at it and found out that video game players have better-developed areas of the brain which are responsible for concentration and spatial perception. Those who play video games regularly can better perceive the relationships between individual objects in space, and also fine motor skills improve.

It is also important to remember the disadvantages that can strongly affect people's lives. Even though gambling is the most common form of addiction, one can also be addicted to video games. Scientists have found out that people prone to video game addiction have common changes in brain structure - their nervous reward system is altered. It is a group of structures that is responsible for a pleasant feeling after the successful achievement of the set goals. Based on this research, we can claim that it is possible to predict who is more likely to become addicted to video games.

However, we must not forget the positives, which, in addition to better spatial perception and improved fine motor skills, also include the development of certain skills that people have a problem with. It is important to mention games which are intended specifically for people after strokes. They support the development of skills and also in rehabilitation after health problems.

A specialised museum is available for all those interested in video games in the premises of the Slovak Academy of Sciences in the Bratislava Patrónka. The Computer Museum exhibits the first computers, telephones and graphics, or older models of game consoles and controllers. Functional machines are also available for trying out.

Author of the text: Halyna Hyryavets, The Centre of Operations SAS - Computing Centre