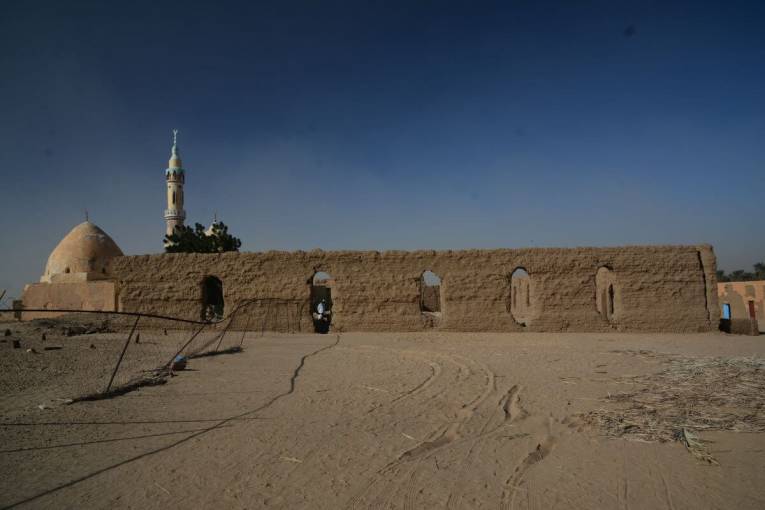 Members of the Slovak Archaeological Mission in Sudan (SAMS) have returned from another successful expedition. In January and February 2022, they examined the origins and functions of Sudan's second-largest mosque. They want to draw the attention of relevant experts and sponsors with the processed results to its conservation or reconstruction. Slovak scientists have also made use of their presence in this poor country to help the local Christian community and South Sudanese refugees.

Orientalists and archaeologists from the Slovak Academy of Sciences, together with experts from the Slovak University of Technology, examined the old mosque at Duweym Wad Haj in Sudan earlier this year.  They focused on exploring the bases of its pillars and arcaded columns.

"Based on the research done so far, this mosque seems to have been a kind of Sudanese equivalent of al-Azhar - the Islamic University and religious authority in Cairo, Egypt. Islam, which had spread in Sudan since the 14th century, was taught there,” explains Jozef Hudec from the Institute of Oriental Studies SAS, adding that local records date the origin of this sacral building to the 17th to 18th centuries.

According to Slovak archaeologists, the old mosque could also serve pilgrims from West and Central Africa - Hajj - on their way to Mecca in addition to teaching and spreading the belief.

"The Duwei ´Lighthouse´ was visible from a great distance. After crossing the Sahara or the Sahel, the pilgrims were able to recover from the challenging journey by the water and greenery of the Nile Valley. Subsequently, they crossed or swam the river Nile and continued to the Red Sea, Jeddah and Mecca,” says Branislav Kovár from the Institute of Archeology SAS, adding that the Red Sea shells discovered by archaeological excavations also testify to the re-use of this route.

In addition to archaeological activities, the researchers carried out pedological research, analysis of ceramics, and unfired bricks. They also focused on geoinformatics data processing and took samples for dendrological, radiocarbon and petrological analyses.  "We hope that these samples will help us shed light on the historical puzzle of the building, because based on the completed research, it has several development phases," adds the archaeologist.

Archaeological research was extended to a charitable and development scope. Mission members supported marginalized communities in troubled Sudan. Material and financial help worth almost 200,000 Sudanese pounds (approximately 10 monthly salaries of a local official) was provided to the Christian community in Karima, to South Sudanese refugees and the Institute of Continuing Education in Khartoum.

Research in the Sudanese locality is funded by a grant from the Slovak Research and Development Agency, the project was also supported by the Gedíd Aigyptos Foundation.