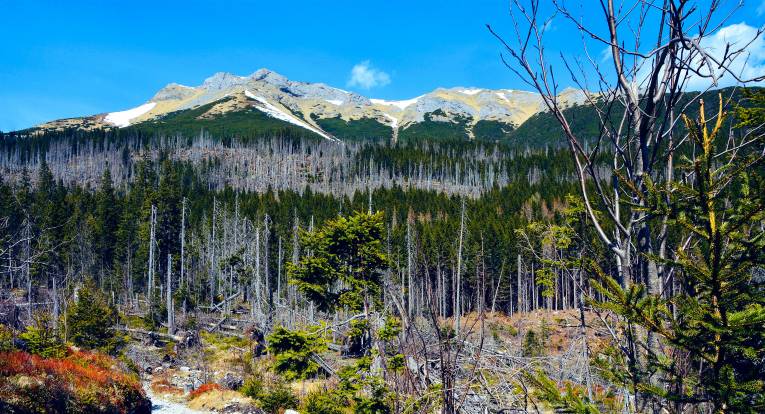 The Slovak Academy of Sciences supports the reform of nature protection

Representatives of the scientific community from the biological-ecological section of the SAS institutes support the draft amendment to the Nature and Landscape Protection Act and the transfer of state land in protected areas under the administration of the Ministry of the Environment of the Slovak Republic. They see the vision of national parks managed by a single ministry supervised by IUCN (International Union for Conservation of Nature) international standards as a necessary precondition for effective environmental protection. The statement is also supported by all members of the SAS Presidium. The full text of the opinion was published today by the SAS on its website.

Scientists from the Slovak Academy of Sciences state that thoughtful planning and decision-making in matters of conservation of biodiversity and the natural environment is urgently needed. However, it must be based on competent and expert knowledge, which should then be applied to restoration or mitigation measures.

"It is the protection of diversity and the preference for the natural adaptation mechanisms of plant and animal communities, as well as entire habitats and their components, that have the best impact on climate change mitigation and maintaining a healthy environment in which humans can develop and draw energy," reports a joint statement by the scientists.

Researchers point out that diversity, species diversity and natural processes, which should be protected and supported primarily in national parks, can only be effectively developed under unified management supported by scientific knowledge and real data.

"This should clearly be ensured by the Ministry of the Environment of the Slovak Republic, which has the protection of ecosystems and nature-friendly management primarily in the scope of work of its ministry," the SAS scientists emphasise in the statement.

The draft law on nature protection is supported by the directors and scientific councils of the following SAS institutions: Plant Science and Biodiversity Center SAS, Institute of Zoology SAS, Institute of Landscape Ecology SAS and Centre of Biosciences SAS.

The full text of the statement can be found at: https://bit.ly/sav_narodneparky