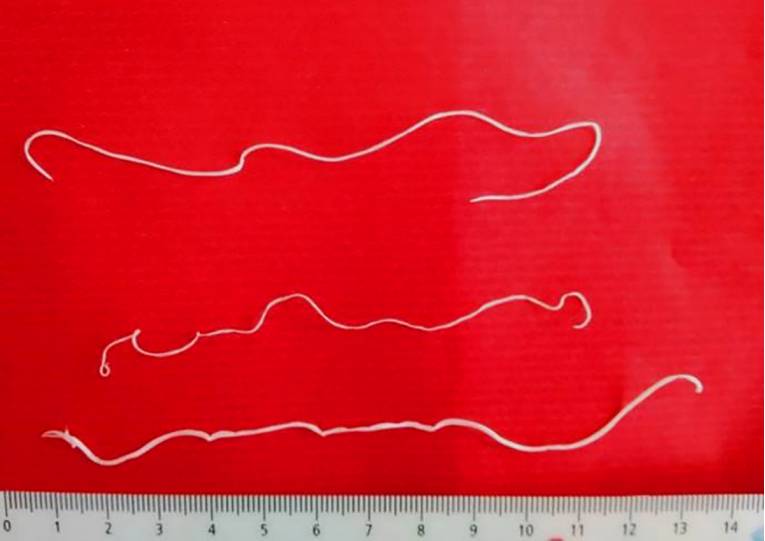 Severe forms of dirofilariasis caused by the filarial parasite Dirofilaria immitis, feeding on the blood, also called the lung (or heart) worm, which is characterised by the formation of nodules in the lungs, very often misdiagnosed as malignant tumours, was confirmed for the first time in the Institute of Parasitology SAS. The infected person comes from the southern part of the Nitra region, where dirofilariasis has been circulating in the dog population for a long time.

Since the first finding of dirofilariasis in dogs in Slovakia in 2005, the average prevalence of the parasite has long ranged from 11 to 13%, culminating in cases in the southern regions, where the infection can affect up to a third of the dog population. Despite the occurrence of hyperendemic areas, a positive thing until recently was the clear dominance of the less dangerous species Dirofilaria repens responsible for the subcutaneous and ocular form of infection. Until now, this species has also been the exclusive cause of human cases of dirofilariasis registered in Slovakia. It is also clear from a pan-European perspective that cases of dirofilariasis caused by D. immitis are very rare in humans, in contrast to the USA and Japan, where they clearly predominate. According to the latest ESDA (European Society of Dirofilariosis and Angiostrongylosis) data, more than 4, 200 cases of D. repens infection and only 30 cases of D. immitis have been registered in humans in Europe.

A serious finding registered during the last five years is the fact that the epidemiological situation regarding dirofilariasis in Slovakia is changing significantly. In infected dogs, the species D. immitis is increasingly registered as the cause of the infection, in some areas (for example, in the vicinity of Komárno or Nové Zámky) it has even become endemic and occurs more frequently than the originally established species D. repens.  From the point of view of public health protection, the most significant risk factor is, of course, in addition to the high abundance of infected mosquitoes (parasite vectors), the high rate of infestation in the dog population. Untreated dogs without clinical signs and with a high number of microfilariae (larval stages of the parasite) in the blood are the main source of infection.