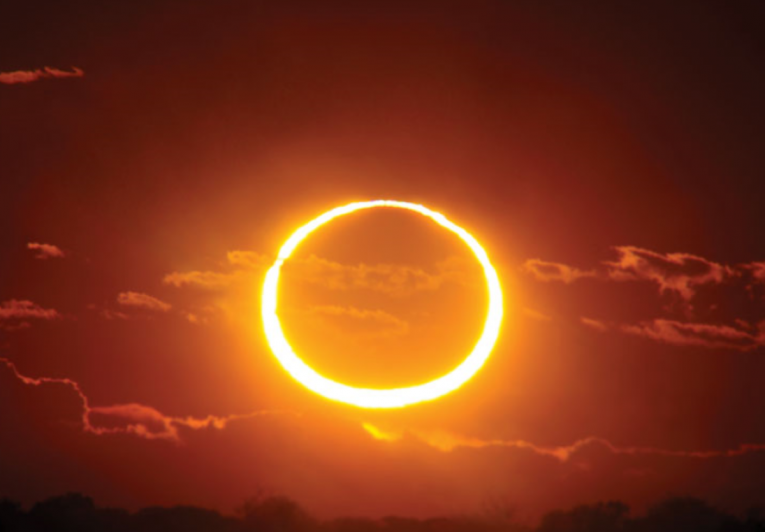 Partial solar eclipse to be observed on June 10

On Thursday, June 10, 2021, the Sun, the Moon, and the Earth will be aligned in a straight line, and we will be able to observe a solar eclipse on Earth. At that time, the Moon will be relatively far from Earth. Its apparent diameter in the sky will be smaller than the diameter of the Sun and will not cover the entire solar disk even during the greatest phase of the eclipse. Such a solar eclipse is called the annular eclipse.

People in Siberia, Greenland and northern Canada will be able to observe the greatest phase of the solar eclipse. "Due to the distance of the Moon from the Earth, this eclipse will not be complete in these areas either. It will be visible in our country as partial, which means that in the northwest of Slovakia, the Moon will cover 12% of the solar disk, in the southeast, it will cover 9%," explains Ján Svoreň from the Astronomical Institute SAS.

When observing this celestial phenomenon, the principle is not to look at the Sun with the naked eye, directly through binoculars or through sunglasses. "We recommend using either a high-quality filter or the projection of the Sun through binoculars on paper or special glasses that will protect your eyes from damage," emphasises the astronomer.

Another partial solar eclipse will be visible from Slovakia on October 25, 2022. The Moon will then cover 31% of the solar disk in the southwest and 39% in the northeast of Slovakia.