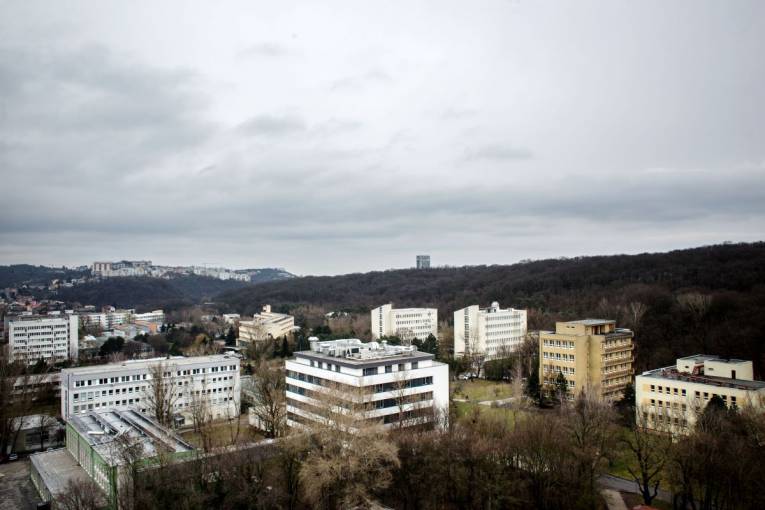 The Slovak Academy of Sciences also has its Recovery Plan

The SAS, too, is also actively preparing for the start of the new programming period and the new planning of the European Commission. It has drawn up a Recovery Plan based on the expected change in the legislative framework, responding to current challenges and tasks of the present and is openly looking to the future. In the Plan, the Academy undertakes to develop cooperation with universities and local governments, to establish joint research institutes, but also to pay attention to the revitalisation of managed facilities.

In the period ahead, the SAS wants to strategically focus on solving the growing problems of contemporary civilisation with emphasis on the needs of Slovak society, especially the problems of the environment, population health, digitisation or current social challenges in relation to new technologies, nature, cultural and social values.

“In Bratislava, the SAS plans to comprehensively revitalise the complex at Patrónka, which it wants to turn into a modern scientific campus providing an attractive environment for quality scientific work, with the aim of attracting first-rate young people from Slovak universities and abroad to the SAS. In cooperation with the Slovak University of Technology, Comenius University, the Bratislava Self-Governing Region and the city of Bratislava, the SAS wants to create conditions for excellent interdisciplinary research in six areas related to civilisation impacts, direct support of green measures, digitisation, informatisation and social inclusion, within the framework of the prepared joint research of the  Centre of Science, Innovation and Cooperation,” explained the Vice-President of the SAS for Section 1, Pavol Siman.

In Košice, the SAS has united with seven partners in the planned project of the innovation centre called Cassovia New Industry Cluster (CNIC), which will include an industrial zone with laboratories, workshops, a library, social and leisure infrastructure. The CNIC project is coordinated by the Košice Self-governing Region and the city of Košice, and in addition to the SAS, the University of P. J. Šafárik, the Technical University of Košice, the University of Veterinary Medicine and Pharmacy, the L. Pasteur University Hospital and Cassovia Discovery Park are involved. The aim is to provide conditions in eastern Slovakia for the creation of modern industry with high added value focused on the most modern material, biomedical, green, quantum and information technologies.

“The CNIC infrastructure will be used by the founding academic institutions, including the scientific institutes of the SAS. The activities will be open to other interested parties as well with the potential to contribute to technological and social innovations in the region,” said Peter Samuely, Vice-President of the SAS for Research and Innovation, adding that besides the CNIC project, a project of the Hydrogen Technology Research Center is also being developed in Košice, which focuses on the production, storage and use of hydrogen.

In the Banská Bystrica Region, the SAS is cooperating intensively with the county to create, within a pilot project, an open research and innovation centre, which would coordinate the use of modern infrastructure in the academic environment for the development of innovative industries in the region, aiming to create an attractive working environment for young people who often seek it abroad today.

The long-term intent of the SAS is also the responsible care of the managed architectural, culturally significant or listed buildings. One example is the revitalisation of listed buildings within Bratislava, in the Mlyňany Arboretum, in the area of ​​Zobor in Nitra; at Smolenice castle, but also the observatories at Skalnaté Pleso and Lomnický štit.

Although the plans of the SAS were not reflected in the financial support from the approved Recovery Plan, the SAS does not intend to resign from them and will continue to seek wider social support for the implementation of these plans from several available sources.