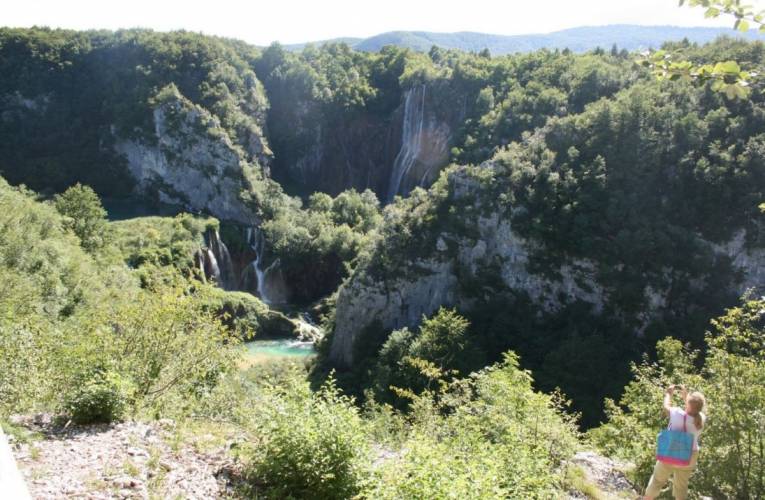 International Day of Forests: Natural regeneration is key to the lasting forest conservation

The importance and significance of forests were also appreciated by the UN, when it declared March 21 in 2012 as their international day. The theme of 2021 is the Restoration of Forests - a path to recovery and prosperity. "Sustainable forest conservation and the use of their resources are key factors in mitigating the effects of climate change, they contribute to the prosperity and well-being of the population," quotes Ing. Milan Barna, PhD., from the Institute of Forest Ecology SAS and adds that forests, for example, play a crucial role in alleviating poverty and achieving the goals of sustainable development. “Despite all these invaluable ecological, economic, social and health benefits, global deforestation continues at an alarming rate. That is why forest regeneration as a way to recovery and prosperity has become the theme of this year's International Day of Forests celebrations.”

Do we have enough forests in Slovakia? If you look at Slovakia from above, it seems that there are enough of them. And are there enough forests on Earth itself? “Forests are the largest ecosystems on Earth. They cover 31 per cent of the earth's land. In the global context, forest cover is not uniform and is constantly changing. In the territory of five countries: The Russian Federation, Brazil, Canada, the United States and China are home to more than half of all forests. In Europe, the forest cover reaches 33 per cent and has a growing trend,” explains M. Barna. The most forested countries in Europe are Finland (73%) and Sweden (68%). Slovakia is in 8th place with 45 per cent! “That is why we rank among the European countries with high forest cover. Most countries in Europe have fewer forests than we do, for example, the Czech Republic has 35 per cent, Hungary 23 per cent, Malta has the least - only one per cent,” says the scientist. “From this point of view, we could certainly say that we have enough forests. We can even say that forests are a significant asset of Slovakia. We may not be sufficiently aware of this fact. Otherwise, we would pay more attention to its research, knowledge, proper use and disposal of products resulting from it,” warns M. Barna. According to him, more attention has been paid to non-productive functions of the forest (forest fruits, medicinal plants, the biodiversity of animals and plants, oxygen production, rest, relaxation, regeneration, stability and others) in the last decade, which may be of greater value than wood. “This challenge is all the more significant because we are an intracontinental state, without access to the sea and its gifts,” he said.

Is it true that our forests have a bad “structure”, that new trees are planted unconceptually? “Yes, adult forests have their own structure. Our forests are made up of deciduous and coniferous trees in a ratio of 63: 37. The most widespread wood in Slovakia is beech with 34 per cent. Its representation has been gradually increasing since 1980, when beech had 29 per cent of all woody plants,” explains the scientist. As far as conifers are concerned, the most widespread tree is spruce with a 22% representation. “The trend is opposite for this tree,” M. Barna answers. "Since 2000, when spruces represented 27 per cent of the forests of Slovakia, we have seen a gradual decline. Is it bad? Does this signal anything? At the very least, we can say that climate change is affecting the structure of our forests. It is not a tragedy to change the composition of the tree. The current representation of forests differs from the original - natural. To illustrate the value of the mentioned woody plants of the original representation in our forests: beech 48 per cent, spruce five per cent.“

According to the scientist, in order to keep forests in a healthy condition, it is extremely important to know how the forest grows and survives. Especially at present, when climate change significantly affects the stability of forest ecosystems - from soil and soil animals to herbs, shrubs and woody plants as the main forest edificators (the dominant plant species in the community that has a decisive influence on the development of other components), and as well as on vital cycles (water, carbon, nitrogen and others). “Forests naturally regenerate themselves. Only in commercial forests, when the conditions are not suitable, or after the calamity, we also encounter artificial reforestation,” explains the scientist on the topic of this year's Day of Forests. Natural reforestation brings many benefits (genetically suitable material, sufficient density of new vegetation for healthy and quality forest growth, successful and undeformed development of the root system, higher stability of forest ecosystems, financial simplicity). “Natural reforestation is a key concept for the lasting forest conservation,” he emphasises and adds that this is also the reason why they have been dealing with this issue at the Institute of Forest Ecology SAS for several years now. "If external adverse factors (such as climate change, human-caused immissions and other harmful factors) affect forest development, this will first affect the most sensitive part of the forest ecosystem. And this is not mature trees, but natural reforestation created by young individuals and their survival. Reforestation is a complex process. In order to be successful, it must be preceded by the fulfilment of all developmentally subsequent components such as flowering, fruiting, overwintering of seeds in the soil, germination, growing of seedlings, survival until the summer, and surviving the next few years until the so-called secured vegetation.” Therefore, in recent grant projects, the Institute focuses on research into the impact of these negative factors on the growth and survival of young individuals from recovery.

What consequences did the storm in the High Tatras have for the forests? It was a nationwide tragedy at that time. Is it that nature can handle it? "The wind calamity, Elizabeth, destroyed 12,600 hectares of forests in the Tatras in November 2004. We were all shocked at the time, and we thought it was a disaster we might not be able to deal with. But we did it. The Tatras made it. Even with the help of foresters who used their experience and knowledge (know-how) to restore the forest in such a huge area,” explains M. Barna.

The calamity site in the High Tatras also served valuable scientific research not only for our, but also for foreign scientists. All appropriate methods have been used to restore the forest. Only the natural method of restoration was left in the place with the highest protection. “But in places where it was possible to use artificial and combined reforestation, woody plants were planted, which grew in the locality before the monocultural spruce vegetation that was destroyed by the storm. So the original woody plants. There is a big difference if large calamity sites are forested naturally or suitable seedlings of climax trees are planted,” he explains the method of reforestation. “In the first case, a large development cycle of the forest will take place, which lasts several hundred years, but in the second case, the forest already has its woody structure, which it should have in the climax, final state and grow to adulthood by several decades,” concludes Ing.  Milan Barna, PhD., from the Institute of Forest Ecology SAS.