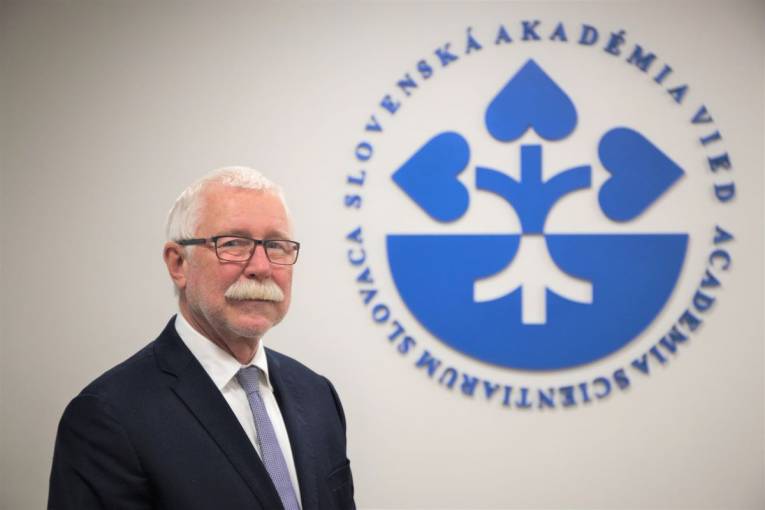 The Council of the SAS, which took place by video conference on March 18, elected Pavol Šajgalík, the current President of the SAS, to be the President of the SAS for the period from 2021 to 2025. In the by-elections that preceded the election of a candidate for the SAS President, the Council elected Zuzana Panczová from the Institute of Ethnology and Social Anthropology SAS and Marek Radvanský from the Institute of Economic Research SAS as members of the Presidium of SAS.

In the morning, the Council of the SAS dealt with the by-elections to the Presidium of SAS for the period from 2021 - 2025. In addition to Zuzana Panczová and Marek Radvanský, Gabriel Bianchi from the Institute for Research in Social Communication SAS also ran in the elections, but he did not get a sufficient number of votes in the secret voting. The Council then did not approve the second round of by-elections with a resolution.

After the break, the Council continued with the election of a candidate for the President of the SAS. Two candidates appeared with their presentations in alphabetical order: František Simančík and Pavol Šajgalík.

A member of the Presidium of SAS, F. Simančík, presented four strategic priorities when presenting his candidacy. In the area of ​​management, he considered it a priority to complete the transformation of the SAS into a public research institution or to take fundamental decisions of the Presidium of SAS only after an academic discussion. He would also improve communication and the distribution of responsibilities in the Presidency. As part of the renewal of the infrastructure, he would focus on a comprehensive development plan of the SAS. F. Simančík's priorities included improving funding, putting there more efficient and transparent budgeting, and external relations, which included closer cooperation between universities, building open laboratories and revitalising the Open Academy.

In his presentation, the current President of the SAS, Pavol Šajgalík, declared that the SAS is one and indivisible and emphasised several attributes that the President of the SAS should have. He continues to consider funding stability as his specific priorities. Similarly, he wants to initiate the creation of two state research agencies during the new period: Grant Agency of the Slovak Republic intended for basic research and Technology Agency of the Slovak Republic for applied research. According to P. Šajgalík, the key condition for the further development of the SAS is the adoption of the act on public research institution. An important step, which he also wants to focus on, is strict adherence to the apolitical nature of the SAS, with an emphasis on the ethics of the researcher and scientific work. He also considers the implementation of programs and assistance for young researchers and the creation of conditions for the internationalisation of the SAS scientific teams to be his priority. In like manner, he considers it important to establish joint research workplaces with universities and to implement the Impulz and Schwarz Fund programs. P. Šajgalík also wants to promote the possibility of free study for doctoral students from countries outside the EU. Last but not least, he wants to use all available means, including social networks, to promote the work of the SAS.

At the end of the meeting, the Council approved the Schedule of the 2nd by-elections for candidates for members of the Presidium of SAS. Academic communities must submit proposals for the 1st and 3rd Departments of Sciences for the election of candidates by 1 April.