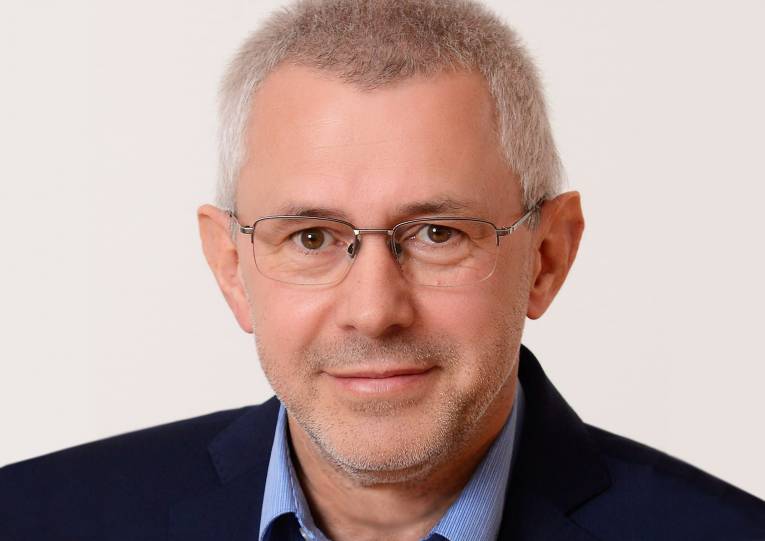 Annual speech of the President of the Learned Society of Slovakia

The historical responsibility of politicians, scientists and teachers

The current crisis of society and the state

We are tossed around in a crisis that no one predicted and no one was prepared for. The current critical situation is a result of the unexpected occurrence of the virus, the actions of politicians, the disrespect of scientists and scientific knowledge, and the mental inability of many people to behave responsibly, in a disciplined manner and considerately.

A year before the pandemic

One year before the outbreak of the pandemic, on February 26, 2019, diplomas of the highest scientific degree were presented to the new Doctors of Science in the presence of the President of the Slovak Republic, the Prime Minister of the Slovak Republic and the Chairman of the Committee of the National Council of the Slovak Republic. In my speech, I emphasised that without excellent research and quality education, society cannot prepare well for threats and problems that can endanger not only the quality of life, but also the entire civilisation. I also emphasised the possibility that several threats and problems may occur simultaneously. I ended my reflection with a number of specific examples in nature and society with an appeal: Who will solve these problems? It will not be possible without excellent science around the world and in individual countries, and a sufficient average level of education of the entire population. If scientists will have reasonable conditions for research, they will be able to solve, or at least significantly reduce, the consequences of these and many other threats and problems.

It would be interesting to know how many of those present at Aula of the UK perceived these words only as another rhetorical attempt to emphasise the importance of research, and how many realised the real urgency of what I had said. And how many of those responsible within their competencies helped to improve the state of science, research and education in Slovakia proactively or at least in response to the constant appeals of scientists.

A year later, we had a pandemic here, and now we have a serious crisis of society and the state.

It can be even worse

The earthquake in Croatia sends us a warning signal that we may have more problems at the same time.

This is not a scare or a purposeful rhetorical turn. It's just a sober reminder that it could actually be even worse. Closing your eyes to it would be irresponsible. As has been publicly reminded by seismologists for decades, there have been devastating earthquakes in Slovakia (one was even deadly) and our territory remains to be tectonically active. The Croatian earthquake was tragic and caused extensive damage, but under less favourable local conditions in the subsoil, it could have been far worse in the case of this magnitude of the earthquake.

If there was an earthquake tomorrow in the Little Carpathians, near Komárno, or in central Slovakia with magnitude only slightly smaller than the earthquake in Croatia, it would not be in contradiction with what the past warns us about. Many people wonder: can we at least roughly say if there is no increase in activity in the focal regions, which could indicate an impending earthquake? No, with the current level of support for relevant research by all competent authorities, this is not possible.

What about all this? There is nothing better and more effective than a reform and better support for science, research and education.

What should have happened after the outbreak of the pandemic

The new virus surprised everyone, it was not possible to predict it or prepare specifically for it.  It soon turned out to be completely different from, for example, SARS 1 and MERS. Thus, it is primarily a virological and epidemiological problem. Scientific and professional.

However, it directly affects the everyday life of individuals, society, the state and the whole world. Thus, a pandemic can be dealt with if politicians rely on scientists and research in a sensible and systematic effort. At the same time, the sobriety and modesty of politicians in relation to what they can assess as non-virologists and non-epidemiologists are also necessary.

The fight against a pandemic should be based on a scientific approach and research that leads to objective knowledge. Any opinions that are not based on scientific knowledge are not only useless but are also actively harmful. Finally, they directly and indirectly harm those who spread scientifically unsubstantiated opinions and support them by their irresponsible behaviour.

As history teaches us, the solution to major scientific problems is born in the minds of exceptional scientists. In a time of pandemic this means that the state must immediately support its top scientists and create the conditions for them to research. If the tests are being carried out repeatedly and more favourable numbers are expected instead of timely and sufficient support for research and sufficient respect for scientists, the pandemic cannot be handled.

An effective solution to a pandemic situation can only be achieved through systematic and systemic measures based on high scientific, political, legislative and parliamentary expertise.

The pandemic broke out in early March. Financial research support came in November. Was there a lack of confidence in top scientists? Or did the state officials not know that we had them?

Politicians did not respect scientists as much as they should. From support to taking concrete measures.

If we have millions of experts in virology and pandemics, how is it possible that we have found ourselves in crisis, when the health of each of us and, in many cases, our lives are immediately threatened?

If millions of people in Slovakia think that they understand what they have not studied, why do they not come up, for example, with solutions to mathematical, physical, chemical and biological problems on a daily basis? Why? Simply because these are challenging scientific problems requiring not only basic education at the university level, but also research activities in the field. Because they just can't do it. How, then, is it possible that they are subject to the absurd illusion that they know how to assess another equally difficult scientific problem? Just because they perceive some of its manifestations more directly? Where does that incredible indifference of the minds of so many people come from?

Isn't this simply also a consequence of insufficiently high-quality and complex education?

Today, it is not a problem to graduate from university and become specially and narrowly educated at such a basic level. The problem not only of our society, but also of the entire humanity is the absence of sufficient complexity of education and formation of the personality of young people.

Today, the level of complexity of university graduate education is relatively lower than it was a hundred years ago for grammar school graduates. Another appeal to reform and increase the quality of education.

Put simply, too many people behave irresponsibly towards themselves, their loved ones and, ultimately, society as a whole.

If we do not consider cases of objectively unintentional mental incompetence, contempt and arrogance are ultimately only a consequence of the inability to understand. The consequence of the non-complexity of education and personality. Across the whole spectrum - from formally the least educated to formally the most academically qualified. It is even possible to see an arrogant professor of medicine.

The end of the pandemic

Vaccination is the safest protection for humans and animals against the disease and the outbreak of an epidemic or pandemic.

Vaccination is a process based on scientific knowledge. It cannot be a matter of the "democratic approach" of non-experts. As emphasised by the academic of the Learned Society of Slovakia, Prof Fedor Čiampor, viruses do not know democracy, religiosity, anti-vaccination lies or other factors that appear more and more among our and the world's population. The evidence of the harmfulness of a lay democratic approach is, for example, the re-emerging smaller and large-scale measles epidemics.

As a reminder, e.g. smallpox and polio were not defeated until 95-100% of the population was vaccinated. Vaccination rates below 75 to 80% will only protect a certain part of the population, but may not prevent the threat of an epidemic or pandemic.

The European Union has set up a Recovery and Resilience Fund to recover from the effects of the corona crisis as well as building a better resilience of economies and entire states to similar situations.

In order for the state to cope with unpredictable crises, it must have enough people who are able to find and enforce the original solutions, and it must have the necessary infrastructure to do so.

This cannot be achieved without a significant reform of science, research and education, and, concurrently, a sharp increase in financial support.

Without quality education, it is not possible to achieve that we have sufficiently developed research in Slovakia. Especially the basic research that has convincingly demonstrated the greatest potential for economic and civilisation progress in the entire history of mankind. And the greatest ability to prepare for unpredictable challenges and events.

It is important to examine the structure of mathematical objects, radiation in space, extinct civilisations, the development of literature, and many other questions and problems. Many people do not realise that even the results of such research - not well understood by non-specialists - can contribute to improving the quality of life, not only on a mental level, but also with a visible economic benefit.

Therefore, it is necessary that a significant part of resources for education, research and development be allocated within the Slovak plan for the use of the reconstruction and resilience fund.

The historical responsibility of politicians

We find ourselves in a situation of historic opportunity for the politicians who run our state. If they make good use of the Recovery Fund and provide the necessary reforms to improve the quality of education and research, they will help each of us and society as a whole. It will create a chance for our common future.

Who, if not responsible politicians, should realise that civilisation and economic progress occurs only if politicians are educated enough to respect scientists and experts.

The historical responsibility of scientists and teachers

In practically all statements, opinions and declarations, we have been pointing out for years that one of the main problems of Slovakia is the relationship of the whole society to science, research and education. Indeed, the public as a whole does not know that the development of knowledge, excellent research and quality education are the most important conditions for the rational development and survival of society. The current pandemic only confirms all this.

But why is society's relationship to science, research and education like this?

Even we, scientists and teachers, did not appreciate enough that society needs to be educated in relation to a proper relationship. Nobody will do it for us. Hoping to find a sufficient number of educated politicians is not the answer.

Obviously, it is not enough to just do excellent and interesting research. We must affect the society for it to understand what is most important: that the development of knowledge, excellent research and quality education are the most important necessary conditions for the rational development and survival of society.

If we succeed, more talented and ambitious people will want to live and work in Slovakia. We will be better prepared for other hard challenges. And they will come, indeed.