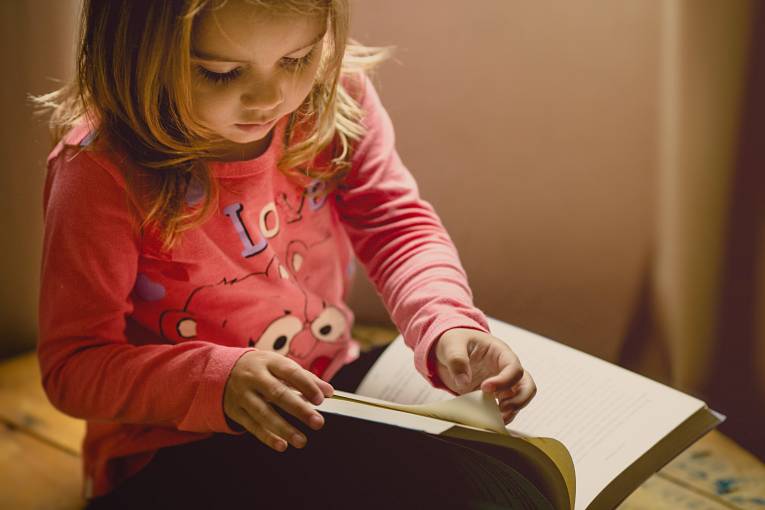 What does it mean to be literate in conditions of today's society and how to achieve it?

The above-mentioned question, which researchers and educational institutions have been asking for a long time, is still highly actual, despite the many known answers. The reason is social and cultural changes, which define, form literacy as a social phenomenon and in the last decades of this millennium also change in an extremely dynamic way.

Several topics dominate the current international and domestic professional discourse on literacy issues. The leading place in the ranking of the most popular is occupied by the results of international literacy measurements of various population and age groups. Particularly worrying for Slovakia are the findings that our pupils are usually placed in the range of average to below-average. Another equally important topic, which also follows from these measurements, is the fact that the decisive role in what level of literacy pupils achieve is still played by the socio-economic background and the stimulus of the family environment from which they come. Although this is true - with certain differences - practically universally and in all countries and cultures, in Slovakia, this dependence is extremely strong, which also testifies to the quality of the education system. There are simply countries where the education system, starting with its lowest levels (i.e., pre-primary and primary education) can compensate the limits of the family environment much more successfully.  Unfortunately, Slovakia does not belong to them yet. The independent and perhaps the most fundamental social and civilizational change, which re-thematizes the issue of literacy, is the massive informatization of society and educational institutions. The paradox is that, despite the undeniable and unprecedented possibilities that technologies open up in education, their consequences are still rather negative. The new media space generated by technologies is being promoted, especially among the younger generation, and is pushing out its reading activities in a very vigorous and competitive way, often irreversibly changing their media preferences and attitudes towards traditional media. Undeniable effects include - in addition to being overloaded by new media content - the loss of certain generic competencies, which are formed precisely (and only) by reading, starting with the early stages of a child´s development.

Reading in the environment of information and communication technologies

The new project APVV-19-0074 “Strategies of effective reading behaviour and their observation in key stages of literacy development” which is being solved under the guidance of Prof. Olga Zápotočná in cooperation with the staff of the Department of Library and Information Science, Faculty of Arts of the Comenius University, responds to these topics. It continues the trends of the current literacy research, characterized by the search for new more complex models of reading behaviour, with an emphasis on trans-disciplinary cooperation, a combination of proven methods with new, more sensitive research tools, while reflecting on existing knowledge developed in the fields of psychological, pedagogical, library and information sciences. According to these approaches, the current understanding of literacy does not lose its viability (“life validity”, Mills, 2010), but requires new approaches and research paradigms.

The interdisciplinary team of researchers of the submitted project seeks to show and document with empirical data that despite the growing requirements and expanding cognitive demands for reading in the IKT environment, the essence and most of the qualitative parameters of reading are preserved. As such, it depends on the factors of the linguistically and literary stimulating environment in the early stages of ontogeny. Since the key period of literacy development in the intentions of this project is the period of preschool age, the research environment becomes the educational environment of the kindergarten.  Its quality will be represented by the level of implementation of the new concept of language education (Zápotočná, Petrová, ŠVP, 2016) in selected kindergartens. The ongoing effects of the program will be monitored at the level of several linguistic-cognitive and metacognitive indicators of early literacy, as well as in the longer-term perspective by monitoring the level of reading literacy (reading comprehension, reading strategies) of the identical selection of children in school education. An important methodical enrichment of the research is the use and experimental verification of eye-movements technology (eye-tracking), which will be used to monitor the immediate effects of various forms of literary communication on the quality and intensity of text reception directly in the process of socially mediated and individual reading activities.

Possibilities of interventions in the field of language education

The benefit of the project will be - in addition to the documentation of the specific developmental potential of a linguistically, literary and culturally stimulating environment in relation to the development of literacy - to clarify the meaning and mechanisms of different types of language and social experiences associated with reading. The results and outputs of the project will contribute to the knowledge of the optimal preschool intervention, or verification of the current concept of pre-primary language education, including answers to the question about the possibilities of kindergartens in eliminating the risks associated with socially and economically limiting conditions of the family environment. A significant benefit of the project is also the building of a methodical arsenal, which will enable a more accurate diagnosis of monitored reading performance in the next stages of the development of reading and information behaviour with the perspective of their use in the area of intervention into the information behaviour in various information environments.