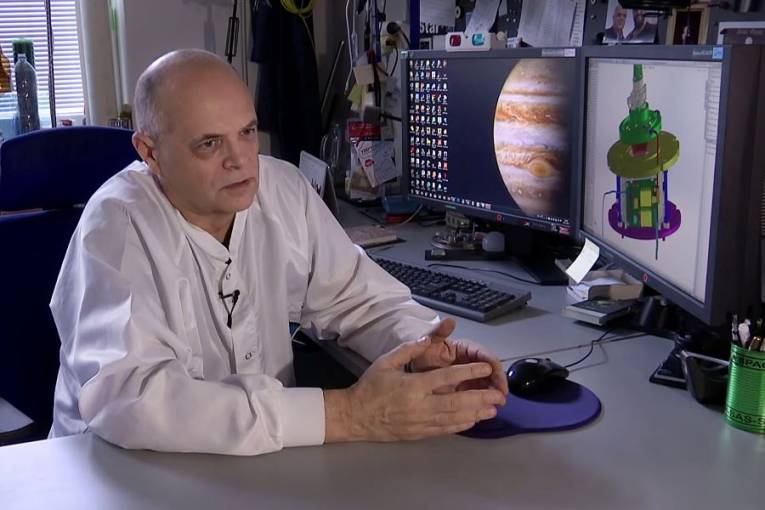 Košice scientists are participating in a space mission to Jupiter

Rosetta space probe was the first in history to have landed on comet 67P/Churyumov - Gerasimenko and the data obtained by it are being evaluated by experts; a joint mission of the European Space Agency (ESA) and the Japan Aerospace Exploration Agency (JAXA) BepiColombo to Mercury launched in October 2018, and the launch of the JUICE space mission to Jupiter is planned in two years. What they have in common is not only the fact that they will significantly advance human knowledge of the universe, but also that scientists from the  Department of Space Physics of the Institute of Experimental Physics SAS in Košice have a share in all three.

Despite the beginning of the holiday season, it is busy in the laboratories of the department these days. The tests of the anti-coincidence detector ACM got into the finale, the contribution of the IEP SAS to the prestigious JUICE mission, which they are already packing and sending to Sweden, where it will become part of the scientific load of this probe. We talked about the significance of this mission and the contribution of Košice scientists with the design engineer Ing.  Ján Baláž, PhD., a senior scientist, a member - correspondent of the International Academy of Astronautics (IAA).

First, please tell us what is found under the abbreviation JUICE.

It is the name of the upcoming European Space Agency (ESA) space mission. Translated, JUICE (JUpiter ICy moons Explorer) means “explorer of Jupiter´s icy moons”.  The mission will focus on a detailed survey of the largest planet of the solar system, Jupiter, and its three icy moons Europa, Callisto and Ganymede. Of these, Europe, in particular, fascinates the scientists, since beneath its continuous ice cover there is a huge ocean of warm liquid water in which life could be found. The launch of the mission, with a budget of more than one billion euros, is set for May 20, 2022, and the probe is expected to reach Jupiter in 2029. It will become a sphere of this planet for two years, while the close flybys around the three moons mentioned will also be part of its orbit.  The mission's conclusion will include a detailed survey of the moon Ganymede.  For this purpose, the JUICE probe will hitch on to orbit around this biggest moon of the solar system.

Over more than half a century of its existence, the Institute of Experimental Physics SAS has participated in tens of space missions of several space agencies and systematically contributes to world space research. Thanks to it, science knows more about the magnetosphere, which is the protective magnetic coat of our Earth In recent years you are looking further – to Mercury, Jupiter...

That's how science is advancing.  This time, our institute managed to obtain a specialized grant in the field of building the flight hardware of the JUICE probe within the frame of the accession process PECS Slovakia to ESA agency. I am s responsible solutionist of the PECS project entitled “Slovak contribution to ESA-JUICE mission: Development of Anti-Coincidence Module ACM for Particle Environment Package PEP.“

In more than thirty years of scientific practice, you have also been in the development and construction of instruments in other ESA space missions. What's the difference between them?

Unlike previous ESA Double Star, Rosetta and BepiColombo missions, where we provided only our know-how and skilled work, Slovakia now contributes also financially through the PECS integration process, especially by purchasing expensive cosmic components. This makes us full-valued contributors to the ESA space mission. The object of development is the so-called ACM anti-coincidence detector, which is part of the scientific particle complex PEP and its task is to ensure the effective detection of plasma particles on the background of strong radiation from Jupiter's radiation belts. This giant planet, that is to say, has a very strong magnetic field, which, in the so-called Van Allen's radiation belts, captures the amount of charged energy particles. Of them, high-energy electrons, in particular, are able to penetrate through the shadow coat of the space probe and induce false detections in sensitive instruments. And it is exactly to distinguish these penetrating particles from the regular plasma studied that our anti-coincidence detector ACM is focusing on. We have already supplied two ACM prototypes to ESA, physical calibrations are currently in progress in the IEP SAS laboratories, as well as thermo-vacuum qualification tests of already the last, ACM flight model, which will actually fly to Jupiter.

At the conclusion, I can't resist asking about the BepiColombo probe, flying to Mercury. Where is it now?

It is still far away to the destination, it is the sphere of the Sun and awaiting repeated flybys around both Venus and Mercury. It will “park” in the orbit around Mercury not until December 2025. It is currently heading towards Venus, the first flyby near the planet is scheduled for October. 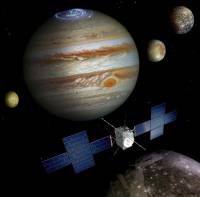