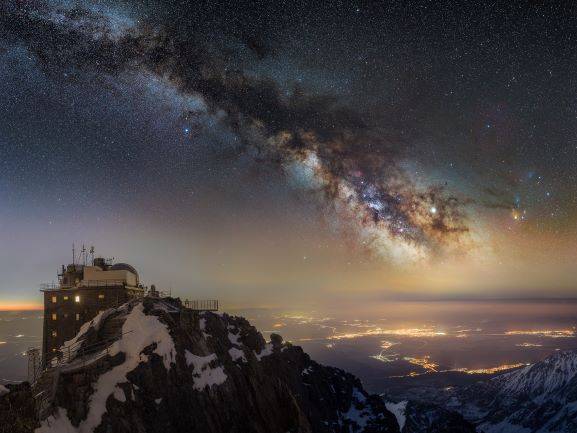 May 3 is annually the Day of the Sun which reminds us not only the importance of our closest star but, at the same time, it propagates the ecological thinking and emphasises the need of protecting the environment. The scientists of the Slovak Academy of Sciences have been intensely occupied by the brightest star on the sky, without which our life would not be possible, already for decades.

“The Sun exploration is one of the supporting research directions since the beginning of the existence of the Astronomical Institute SAS. The very first scientific observation at the newly built Observatory at Skalnaté pleso was the observation of sunspots on September 19, 1943.   A significant step to the modern research of the Sun was the building of the Observatory at Lomnický štít in 1962, where we currently operate the two world unique instrumentation: Coronal Multi-channel Polarimeter and Solar Chromospheric Detector,” said Peter Gömöry, director of the Astronomical Institute SAS.

These observations help to locate the magnetic fields in the solar corona and chromosphere.  Solar physicists of the Academy of Sciences have currently international co-operations in the process since 1992 which enable their own observations on the largest solar telescopes (on Tenerife and La Palma islands), but also on modern satellites.

“Since 2014, we also regularly observe on the largest European solar telescope GREGOR which is the second largest in the world, with 1,5 m in diameter. The research using large telescopes led, among other things, to the unique result. We have described the time development of a small magnetic loop emerging from the area of an inner solar granule during 12 minutes. These were a very unique polarimetric and spectral data obtained by large space and time definition and by using the 3D numeric model emerging from the loop,” said Peter Gömöry.

Within the frame of this research, the astronomers of the SAS, among other things, have succeeded in interpreting even the unique observations which confirmed the theoretical assumptions about the change of topology of the magnetic field according to the sunspots during eruptions. In parallel with the terrestrial observations, the solar department of the Astronomical Institute SAS has been participating in satellite research of the Sun for several decades with its own programs. This helps to explore very hot parts of the solar plasma, and do the modern research of solar eruptions.

“Our Institute is moreover a founding member of the EAST (he European Association for Solar Telescopes). It is a prestigious organisation which currently manages the design and preparation of the project EST (European solar telescope). Its aim is the construction of the giant telescope with the 4 m parameter of the main mirror. The EUR 200 million project has been included in ESFRI (European Strategic Forum for Research Infrastructures) and, if implemented, will provide an excellent perspective for modern solar research at the Academy of Sciences over the next 25 years,” added Peter Gömöry. 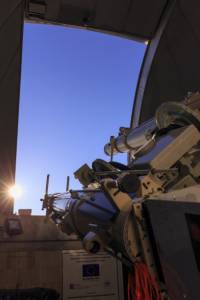