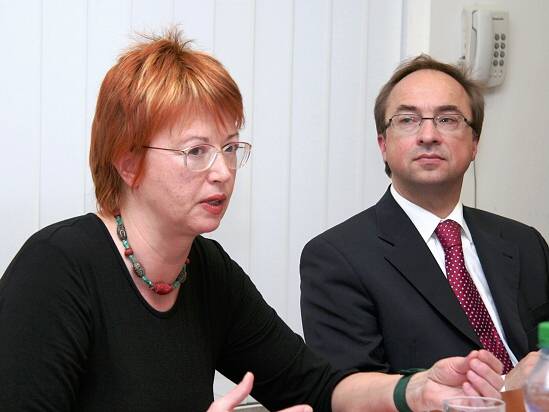 The project on cardiac arrhythmias

21. 2. 2008 | 4588 visits
Institute of Molecular Physiology and Genetics, Slovak Academy of Sciences has informed the media on the CONTICA project.

Mortality due to arrhythmias that lead to sudden cardiac death is a serious problem affecting the whole of Europe. A call of the 6th Framework Programme was issued in the year 2005 by the European Commission for a STREP project that would contribute to alleviating the problem of cardiac rhythm disturbances. The project CONTICA (Control of Intracellular Calcium and Arrhythmias), in which Slovak scientists participate, has won the competition. At a press conference in Bratislava on February 19, 2008, on the topic "Deciphering the problems of cardiac arrhythmias and sudden cardiac death", participated the coordinator of the project, Prof. Burkert M. Pieske, MD, DSc, an eminent German physician-scientist, the head of the Department of Cardiology of the Medical University Graz in Austria, RNDr. Ivan Zahradník, CSc., the vicepresident of the Slovak Academy of Sciences (and a scientist form ÚMFG SAV), and Ing. Alexandra Zahradníková, CSc. from Institute of Molecular Physiology and Genetics, Slovak Academy of Sciences (ÚMFG SAV), the main organizer of the Annual Meeting in Smolenice and group leader of the Slovak team.

"We often encounter the problem of sudden cardiac death in the media, when suddenly a young person, seemingly healthy, often performing sports at a high level, dies", said I. Zahradník in the introduction. "This problem is well known by physicians, and to find a solution requires investment of large effort and funds, which cannot be handled by individual countries. Therefore the EU published the calls to motivate scientists in Europe".

He brought the attention of journalists to information from the media that, according to the evaluation of the ARRA agency there is a deficit of top-level "world class" physician-scientists in Slovakia. "I have to say that this is a great disappointment for the very strong generation of Slovak scientists, including physicians, that put a lot of effort to solve major problems. We have witnessed a long period of underfunded research. Many talented scientists left our country and they were only able to join the rank of eminent scientists abroad. I am therefore very pleased that today I can introduce Prof. Pieske, a representative of the world leaders in the field of medical research, and I am happy that Slovak Academy of Sciences has the possibility to participate in the project that he coordinates."

ÚMFG SAV is involved in 6th Framework Projects of the EU in the field of health sciences. It is a unique institute, because both experiment and theoretical interpretation is performed in the same laboratories. "These are projects that bridge both theory and experiment with practice", A. Zahradníková said. "It means that it is imperative that they will on one hand help to understand the mechanisms, but on the other hand they should also lead to practical results. In our case we not only strive to understand the mechanism of a disease, but to improve the therapy or diagnostics as well. Our laboratory is involved in basic research, i.e., study of the basic mechanisms of function of the proteins of our cardiac cells that enable the regular heartbeat. Therefore we appreciated very much when we were invited by the team lead by Prof. Pieske to participate in this research."

Prof. B. M. Pieske briefed the media on the CONTICA project. "It is generally known that in Europe, as well as in Slovakia, 50 percent of people die due to cardiovascular diseases. It is a large problem from medical as well as economical standpoint. According to European statistics I think that about 200 000 people in Slovakia suffers from heart failure. A major problem is that these people often do not die because of heart failure, i.e., the decrease of heart power, but from sudden cardiac death, which is caused by arrhythmia – a disturbance of the cardiac rhythm. Unfortunately there is no really good therapy. There is also one more interesting aspect – there exists a large group of old people that die from sudden cardiac death due to heart failure. There exists, however, another group of people, which are young, healthy, perform sports, and these die from sudden cardiac death as well."

The CONTICA investigators are a multidisciplinary team composed of cardiologists, molecular biologists, biophysicists and physiologists with established and complementary interests and expertise in the study of intracellular Ca handling and arrhythmias. "The result of current research suggest that the life-threatening disturbances of cardiac rhythm, including sudden cardiac death, converge in a defect of calcium movements in the cardiac cell. An essential role in this process is played by the protein RyR2, which forms a controlled channel for the flow of calcium ions,” explained Prof. B. M. Pieske. There is a prospect that understanding the complex properties of this protein will lead to the development of new diagnostic and therapeutic strategies for effective treatment of lethal arrhythmias."

As further specified by Prof. Pieske, the project will end in the year 2009. To this date, a therapeutic target has been defined. That means that chemical compounds that affect the function of this protein can be tested at the level of animal models and at the cellular level. "When this compound will be successful and we find that it is effective in the therapy of arrhythmias, we will look for strong partners that will be able to develop, test and certify a novel drug. The whole process, from research to practical use, lasts 5 – 10 years."

The international Annual Meeting of the partners of the CONTICA project that took place on February 20.-22., 2008 and that was organized by Ing. Alexandra Zahradníková, CSc., and Prof. Burkert M. Pieske, MD., D.Sc., was attended by participants from Germany, Austria, the Netherlands, Great Britain, Italy and France, as well as team leaders from Cardiff University, Cardiff; IRCCS Fondazione Salvatore Maugeri, Pavia; INSERM, Montpellier; and University Medical Center, Utrecht.

You can watch the interview of Prof. Pieske and A. Zahradníková on the TA3 TV channel by clicking on the recording of the interview. 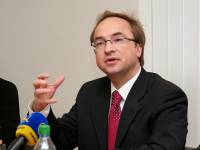 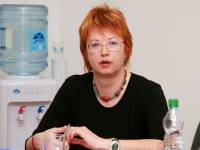 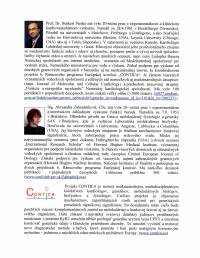