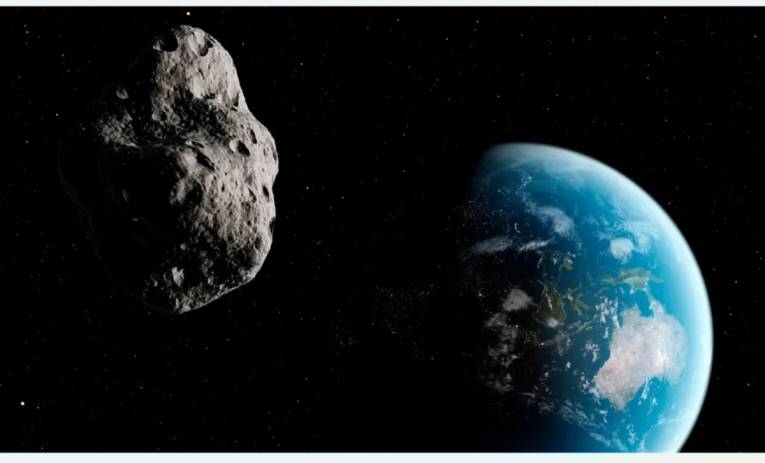 The news of a large asteroid named 2022 AP7, also known as the "planet killer", which is approaching the Earth, has been spreading for several days in the internet and media space. Due to the fact that media reports contain a lot of false information, the Astronomical Institute SAS (AsÚ SAV, v. v. i.) decided to inform the public about the latest scientific data and to correct the biggest errors.

“Asteroid 2022 AP7 was discovered on January 13, 2022 in Chile. A few days ago, its discoverer published information in which he called the new asteroid with a diameter of 1.45 km a planet killer. In addition, there was a report in the media that this asteroid will be closest to Earth in the coming days,” explains Ján Svoreň from the Astronomical Institute SAS who, together with colleagues from the institute, explains 4 false statements associated with this cosmic body:

Claim:  In the long term, the asteroid moves between the orbits of Venus and Earth

Fact: The asteroid moves between the orbits of Venus and Jupiter, with a minimum distance from the Sun of 0.83 astronomical units (an AU is Earth's average distance from the Sun) and a maximum distance of 5.02 AU. The inclination of its orbit to the plane of the Earth's orbit around the Sun is 13.8 degrees. For a small part of its orbit, it moves inside the orbit of the Earth - such asteroids belong to the Apollo group. Asteroid 2022 AP7 made its closest pass to the Sun on March 30, 2022.

Claim: The asteroid will come close to Earth in the next few days (which could make it look like we're in danger)

Fact: It is true, but the important thing is that the minimum distance in November 2022 will be 1.97 astronomical units, which is approximately 295 million km, so the planet Earth is definitely not in danger.

Claim: During this approach, people will be able to see the asteroid even with small telescopes

Fact: Asteroid 2022 AP7 has a brightness of 22nd magnitude, which means it is only observable with sufficiently large telescopes.

Claim: In the future, Jupiter may direct Asteroid 2022 AP7 towards the Earth

Fact: The asteroid is in a very stable orbit. The motion of the asteroid is almost in resonance with the motion of the Earth, as the asteroid orbits the Sun once every 5 orbits of the Earth. A collision with the Earth is thus ruled out for a long period of more than a thousand years. And if there should then be a dangerous change in its trajectory, humanity will have the means to divert it. A few weeks ago, NASA successfully tried to deflect the small asteroid Dimorphos (it was not on a collision course with Earth, it was just a test) using an impact probe. In a thousand years, it will certainly not be a problem to deal with the "planet killer". So, in this case, there is no point in scaring people.

Today, scientists know the asteroid's path very precisely. The closest approach to Jupiter will be on September 30, 2109, at a distance of 178 million km. That's 460 times farther than the distance between the Earth and the Moon.

“The asteroid will come closest to Earth on March 12, 2052. It will be 205 million km away, which is up to 530 times farther than the distance to the Moon,” explains astronomer J. Svoreň.