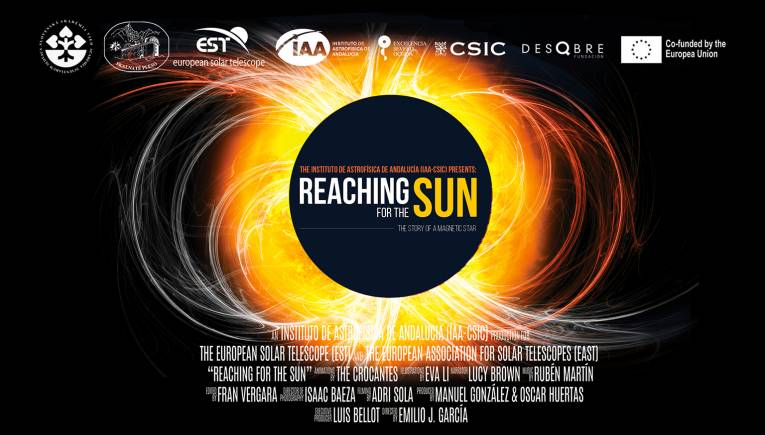 European Solar Telescope (EST) Project, Slovak Academy of Sciences (SAS) and Astronomical Institute SAS (AsÚ SAV, v. v. i.) are inviting you to the premiere of the documentary film "Reaching for the Sun - The Story of a Magnetic Star", which will take place on Tuesday, May 10, 2022, at 2 p.m. in the SAS Aula on Dúbravská cesta 9 in Bratislava.

The 52-minute documentary describes the history of solar research to current knowledge in an engaging way. The story of the last 400 years of observing the Sun will culminate in one of the biggest challenges for the European solar physics community: the construction of the European Solar Telescope.

The filming also took place in Slovakia, on the grounds of the AsÚ SAV, v. v. i. observatory on Lomnický štít. In addition to scientists from the Astronomical Institute SAS, the film also features solar physicists from Spain, France, Germany, Sweden and Italy.

A discussion with prof. Collados and the director of AsÚ SAV, v. v. i. Peter Gömöry is prepared after the screening.

The ambassador of the Kingdom of Spain, J.E. Lorea Arribalzaga Ceballos, ambassador of Italy, J. E. Catherine Flumiani, and the Attaché for Scientific and University Cooperation of the Embassy of the French Republic in Bratislava, Yan Pautrat will also attend the film. 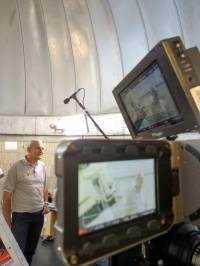 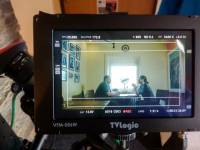 Invitation to the matchmaking event of the CARLiS project
Read more >>

Invitation to the Webinar on Green energy and Environment
Read more >>