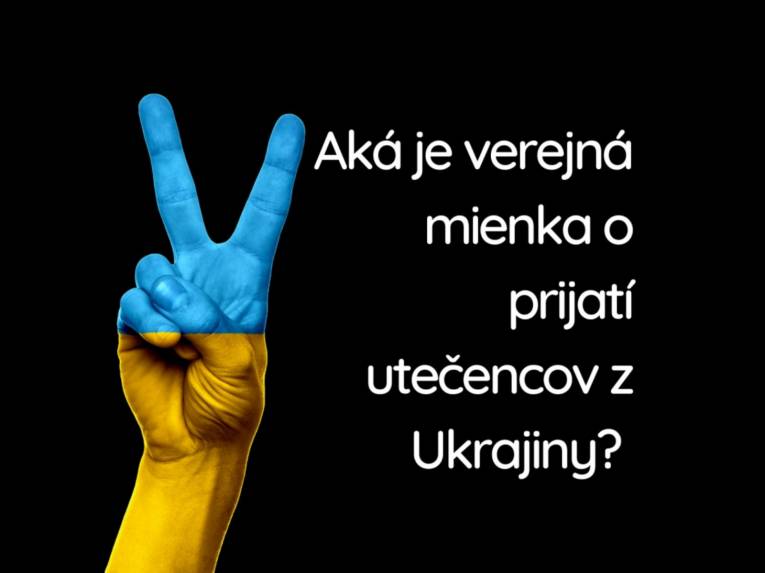 Where is the public opinion on the reception of refugees from Ukraine?

In recent weeks we have witnessed in Slovakia a wave of solidarity and public support for Ukraine and thousands of civilians fleeing the war. One of the characteristics that make refugees a relatively unique group is the fact that refugees, by definition1, have a high level of vulnerability. On the other hand, people are generally helpful to people fleeing war, and openness to refugees varies between individuals, countries, and times. In 2015, the number of asylum seekers in Europe rose sharply. However, asylum applications were concentrated mainly in some target countries, such as Germany, Austria, and Sweden. Today, Slovakia is at the forefront of the biggest refugee crisis in Europe since the end of World War II.

The latest survey of public opinion conducted by the Institute of Social Sciences CSPS Slovak Academy of Sciences presents to some extent a promising picture of public attitudes towards asylum and refugees from Ukraine. The survey was conducted in March 2022 on a representative sample of 1851 inhabitants of Slovakia, based on quota characteristics for gender, age, education, and region. Of the total number surveyed, almost 60 percent agree that people from Ukraine who came to live here have the same rights as everyone else.

So far, a total of 324,133 people crossed the border of Slovakia with Ukraine (data from 24 February to 11 April 2022). 65,972 people applied for temporary protection and another 168 for asylum2. Slovakia has long been one of the EU countries with the fewest asylum seekers, or beneficiaries of subsidiary protection. The current situation brings new challenges to the Asylum, Migration, and Integration Policy of the Slovak Republic and points out the need to inform the public objectively and transparently about its creation and goals. In our survey, almost 40 percent of respondents agree that "Refugees from Ukraine should have the right to apply for asylum in Slovakia without any annual limits. 35 percent of people are undecided, while 25 percent disagree.

More than half of Slovaks further agree that "Refugees from Ukraine whose asylum applications have been granted should have the right to bring in their close family members."

The arrival of a large number of people from Ukraine means not only a new experience for the people of Slovakia but also a challenge to how to cope with this situation. Various actors at the local, regional, and national levels, educational institutions, and other organizations face the difficult task of integrating new people into life in Slovakia, providing them with coordinated services, tools, and information channels that will help them cope with the new situation and integrate into everyday life. More than 30 percent of respondents think that "Refugees from Ukraine should only be allowed to come to Slovakia for a short time to work here and then be required to return home."

On the contrary, 40 percent of respondents agreed that "Refugees from Ukraine should be able to come to Slovakia for a longer period in order to have a chance to settle and integrate”. A relatively large proportion of respondents (in both cases the number is around 40 percent) answered indecisively, i.e they neither agree/nor disagree with the given statements.

As many as 60 percent of Slovaks and Slovaks describe difficulties and fears in connection with the war in Ukraine. The most common are concerns about the proximity of the conflict, loss of security, fear of rising crime, emotions of sadness and anger, fear of the future, increased stress, loss of well-being, and concerns about the mental health of oneself and loved ones.

The process of integrating refugees is a two-way process. On the one hand, refugees must accept the rules and customs that are used in Slovakia. On the other hand, they should have the right to respect their customs and traditions. If this is ensured, there are no conflicts and misunderstandings. The findings of the current survey illustrate why and how a transparent and open discussion with the public with sufficient expertise and facts on asylum and integration policy is important. Ensuring the support of the general public to accept refugees requires and will require a system that is comprehensible, fair, and humane.

Grant support: Agency for Research and Development APVV-20-0319 entitled Behavioural aspects of COVID-19: Mapping the COVID-related behaviors and psychological, social, and economic consequences of the pandemic. 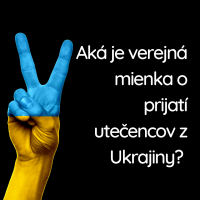