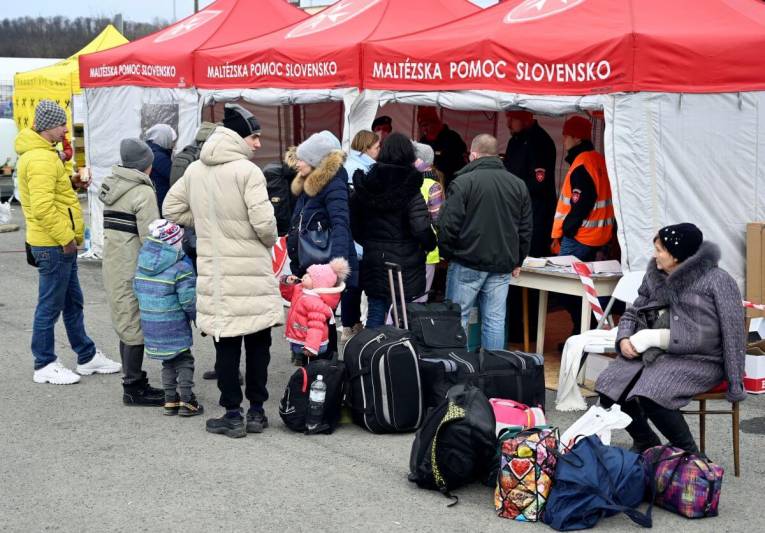 WAR CONCERNS BUT ALSO WILLINGNESS TO HELP UKRAINE ARE HIGH

Results of the special wave of the How are you, Slovakia? survey suggest that the majority of Slovakia's population is concerned about themselves and their loved ones in connection with the war in Ukraine. At the same time, people declare a high willingness to help Ukraine. Respondents who do not agree with Slovakia's membership in NATO declare less concern and less willingness to help Ukraine.

The How are you, Slovakia? project has been monitoring the attitudes of the population in Slovakia for a long time since the beginning of strict quarantine measures in March 2020. The surveys were initiated by the research company MNFORCE, the communication agency Seesame in cooperation with the Institute for Sociology SAS and the Institute for Research in Social Communication SAS. So far, they have carried out extensive surveys six times in 2020 and six times in 2021.

The special wave of the How are you, Slovakia? research took place from February 25 to March 1, 2022. The war in Ukraine began in the early morning hours of February 24 with the invasion of Ukraine by Russian troops. Attacks on military and non-military targets and civilian casualties have been reported since the beginning of the invasion. Most of the Western world, as well as the European Union, has condemned Russia's aggression and imposed severe economic sanctions. Thousands of war refugees began to flow into Slovakia from the territory of Ukraine.

Fears of war and economic crisis

In this case, too, women are more likely to raise greater concerns about the crisis, the spread of the conflict or the outbreak of World War III. On the contrary, even in this case, respondents who do not agree with our membership in NATO are more likely to answer that they are not concerned about the economic crisis, World War III or the spread of the conflict to Slovakia. At the same time, however, these respondents are more concerned about the arrival of refugees as a result of the Russian Federation army's attack on Ukraine.

A total of 22.8 percent of respondents answered "definitely yes" to at least one of the above options. This group of strongly willing to help includes younger people more often. Even in this case, people who do not agree with Slovakia's membership in NATO declare their willingness to help less often.

Data from the How are you, Slovakia? research series will be available to the professional public in the Slovak Archive of Social Data in the long term, key findings are also available on the survey website.