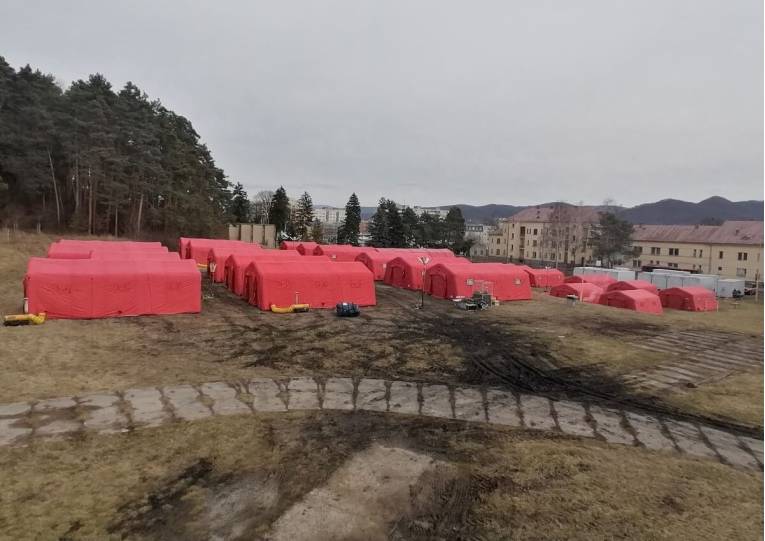 THE PUBLIC SUPPORTS CPUNTRY´S RESPONSE TO THE WAR IN UKRAINE

Results of the special wave of the How are you, Slovakia? Survey suggest that the majority of the population of Slovakia is satisfied with the current official reaction of Slovakia to the war in Ukraine, which condemned the attack of Russian troops on Ukraine. Respondents mostly approve of humanitarian aid and the reception of refugees, but supporters also approve of a ban on the spread of Russian propaganda about the war in Ukraine and harsh sanctions against Russia. More than half of the respondents believe that NATO membership currently contributes to our security.

The How are you, Slovakia? project has been monitoring the attitudes of the population in Slovakia for a long time since the beginning of strict quarantine measures in March 2020. The surveys were initiated by the research company MNFORCE, the communication agency Seesame in cooperation with the Institute for Sociology SAS and the Institute for Research in Social Communication SAS. So far, they have carried out extensive surveys six times in 2020 and six times in 2021.

The special wave of the How are you, Slovakia? research took place from February 25 to March 1, 2022. The war in Ukraine began in the early morning hours of February 24 with the invasion of Ukraine by Russian troops. Attacks on military and non-military targets and civilian casualties have been reported since the beginning of the invasion. Most of the Western world, as well as the European Union, has condemned Russia's aggression and imposed severe economic sanctions. Thousands of war refugees from Ukraine began to flow into Slovakia.

The most supported response of Slovakia to the attack of Russian troops on Ukraine is the sending of humanitarian aid (supported by 77.8% of respondents) and the reception of refugees from the area of ​​war conflict (supported by 74.6% of respondents). Respondents also support more than they do not the ban on the spread of Russian propaganda about the war in Ukraine, the introduction of harsh sanctions against Russia and, closely, the restriction of visas and the presence of Russian citizens in Slovakia. On the contrary, there is less support for the supply of weapons and military equipment to the Ukrainian army, the severance of diplomatic relations with Russia and the refusal of Russian athletes to attend top events.

32.8 percent of respondents agree with the imposition of severe sanctions against Russia, even if it should lower our standard of living, 33.1 percent disagree, and 34.1 percent do not agree.

NATO, the war in Ukraine and Slovakia

37.3 percent of respondents answered the question In connection with the war between Russia and Ukraine, the geopolitical classification of Slovakia is being discussed in our public, as well as how we should orient ourselves in the world that it should always stand or rather stand on the side of the West (EU and NATO), 47.1 percent said that it should strive for a balanced position between Russia and the West, 7.4 percent said that it should rather stand or always stand on the side of Russia, and "other" was answered by 8.2 percent of respondents. Younger respondents, respondents from the Bratislava region and university-educated respondents are most inclined to the West.

"I consider it extremely important that in this crisis situation, the Slovak public strongly agrees with the country's position on the war in Ukraine. It also turns out that for most of society, NATO is a guarantee of security rather than a scarecrow,“ explains Robert Klobucký from the Institute for Sociology SAS.

"Nevertheless, almost half of the respondents believe that Slovakia should strive for a balanced position between Russia and the West.  Respondents are also not clearly defined in terms of supporting harsh sanctions against Russia at the cost of consequences for our standard of living,“ adds Barbara Lášticová from the Institute for Research in Social Communication SAS.

"We appreciate the very clear and consistent communication and attitude of all state officials to the conflict in Ukraine. However, the data show that despite the reality of a military attack on our neighbouring country, only a close majority of people in Slovakia support our membership in NATO structures. Therefore, the state must not slow down in strategic communication, the reasons why our attitude to the conflict and NATO membership are important for Slovakia's security must be further clearly explained. And this means across all regions and especially among the elderly,“ concludes Michaela Benedigová from the Seesame agency.

Data from the How are you, Slovakia? research series will be available to the professional public in the Slovak Archive of Social Data in the long term.

Key findings are also available on the survey website.