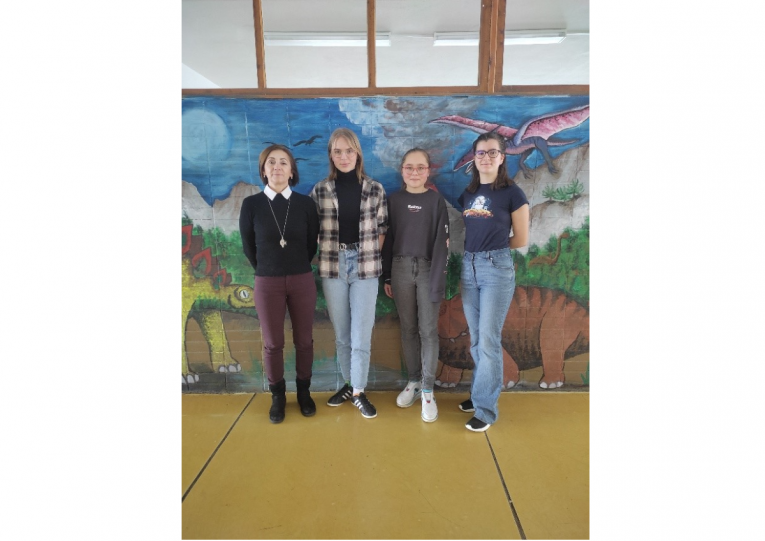 Students from Slovakia have once again proved that they will not get lost among the international competition with their diligence, curiosity and knowledge. Students from the Varšavská Grammar School in Žilina won second place in The Sun at a Glance educational contest. The team from Terézia Vansová Grammar School in Stará Ľubovňa was also among the finalists. The contest was organised by the European Solar Telescope Project (EST) in cooperation with the Slovak Academy of Sciences (SAS) and the Astronomical Institute SAS.

"These results are clear evidence to me that our students are still interested in the natural sciences and they can compete with the surrounding countries in this area. For me, as an astrophysicist, this is an amazing finding. It indicates that astrophysics will not get lost in Slovakia in the future,” stated Peter Gömöry, the director of the Astronomical Institute SAS.

767 teams (a total of 2859 students) from 16 European countries took part in The Sun at a Glance contest. Contestants worked to create original Sun infographics. The participants submitted a total of 514 works to the contest, and these were evaluated by a jury composed of scientists, science popularisers and journalists from Norway, Italy, Spain and Ireland. The jury described all the submitted works as excellent, and the general public will be able to see them in the upcoming open online encyclopaedia about the Sun - EST Solarpedia.

The first place was won by the students from Rome. The second best infographics was created by the students of the Warsaw Grammar School in Žilina, namely Anna Podmanická, Veronika Kováčová and Viktória Sagálová, who entered the contest under the supervision of pedagogue Mária Iványiová. "We have been interested in science subjects from a young age, we like physics, and we welcome every new educational activity. The contest intrigued us with its topic, but even so, the main driving force became the vision of winning a trip to Tenerife. The idea of ​​achieving such a result at the European level seemed unbelievable to us,” explained the awarded students, stating reasons why they entered the contest.

In their infographics, grammar school students from Žilina worked on the topic of the Sun's magnetic carpet and the heating of the solar corona. "The final object of the research attracted us with its uniqueness, as none of us has ever heard of the Sun's magnetic carpet before,” said the winners, adding that because of the pandemic, their teamwork was dependent only on online meetings.

The main prize for the first and second place teams is a trip to Tenerife combined with a visit to the Teide Observatory, which the winners are looking forward to. “We hope to gain new knowledge about our nearest star - the Sun and deepen our relationship with our amazing and inspiring physics teacher. The happiness that we all share cannot even be described, and we hope that in the future, this will be a bright light in our CVs,” concluded the satisfied grammar school students.

Students of the Tereza Vansová Grammar School in Stará Ľubovňa also succeeded in the strong contest: Ester Petrana Petríková, Krištof Dudzik, Filip Krafčík and Zuzana Šidlovská under the supervision of pedagogue Monika Vilinová. Their infographics on the Sun's gravity was among the top 15 works.
“Congratulations to both teams on the wonderful results. Moreover, I would like to thank all the Slovak students who took part in The Sun at a Glance contest. They have made us recognized in the European Solar Telescope project. And who knows, maybe one of them will use the EST telescope for their scientific work one day,” concluded Peter Gömöry.

The complete results of the contest as well as the gallery of the best infographics are available at: https://est-east.eu/contest-results