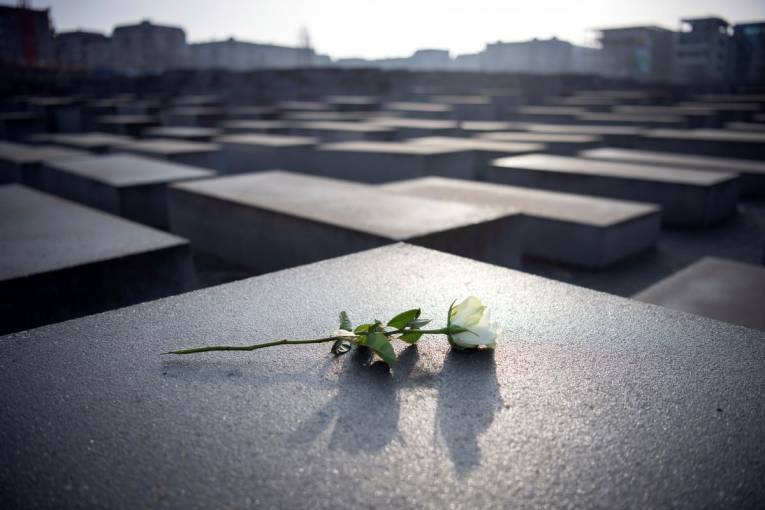 Today/Tomorrow, on January 27, we commemorate the victims of the Holocaust. This International Remembrance Day was designated by a 2005 UN General Assembly resolution and commemorates six million Jews murdered during the Holocaust each year, as well as other victims of Nazism.

The date symbolically refers to January 27, 1945, when Soviet army units liberated the Nazi concentration and extermination camp Auschwitz. In this camp alone, the Nazis murdered about 1 million Jews, and thousands of Roma and others persecuted here also fell victim to them.

The Holocaust was a state apparatus organised by persecution and genocide committed by the regime of Nazi Germany and the regimes collaborating with it. The German Nazis have systematically persecuted the Jewish population since coming to power in 1933, gradually restricting the rights of Jews and depriving them of their property. They also applied their anti-Semitic, racist policies in the occupied territories. After the attack on the Soviet Union in 1941, the Nazis and their collaborators embarked on mass executions of the Jewish population - including women, children and the elderly - by shooting them. A little later, they proceeded to the mass murder of Jews in the gas chambers of extermination camps built for this purpose.

Jews living in today's Slovakia also became victims of the Holocaust. Slovakia was divided between 1938 and 1945 between the then Slovak state (Slovak Republic), the Kingdom of Hungary and a small area (Devín and Petržalka), which was occupied by Nazi Germany.

The regime of the Hlinka's Slovak People's Party (HSĽS), which ruled in Slovakia from October 1938 to the spring of 1945, systematically persecuted the Jewish population, deprived it of its civil and human rights and expropriated all types of Jewish property in a large-scale Aryanization process. When harsh anti-Jewish measures resulted in about two-thirds of Jews no longer making a living in 1941, the human regime began deporting Jews to German concentration and extermination camps, which, in agreement with the Third Reich, began on March 25, 1942, and lasted until October 20 of the same year. During this so-called first wave of deportations, almost 58,000 people were deported from Slovakia. For each deported, the then Slovak government paid Nazi Germany 500 Reichsmarks. The second wave of deportations, during which they deported thousands more, began after the occupation of Slovakia by German troops in September 1944 and lasted until the end of March 1945. During the occupation, many Jews were murdered by the Nazis and their Slovak collaborators directly in Slovakia.

The persecution of Jews also took place in the territories that fell to Hungary in November 1938, where various anti-Jewish legal norms and regulations were also adopted. The deportation of Jews from this territory took place after the occupation of Hungary in the spring of 1944.

The Holocaust also tragically marked a small area of ​​today's Slovakia, namely Petržalka, which was directly part of Nazi Germany in 1938-1945. In the territory of Petržalka (called Engerau in German), there was a labour camp in December 1944, in which about 1,700 Jews performed slave labour. Several hundred of them died here.

Jánošík – The Story of the Murderer? The theatrical production developed from the cooperation with the Institute of History SAS
Read more >>

The Institute of History SAS on the occasion of the 100th anniversary of the signing of the Trianon Peace Treaty on June 4, 1920
Read more >>

Opening of the exhibition: The Trianon Peace Treaty of 1920, The Versailles System and Slovakia
Read more >>