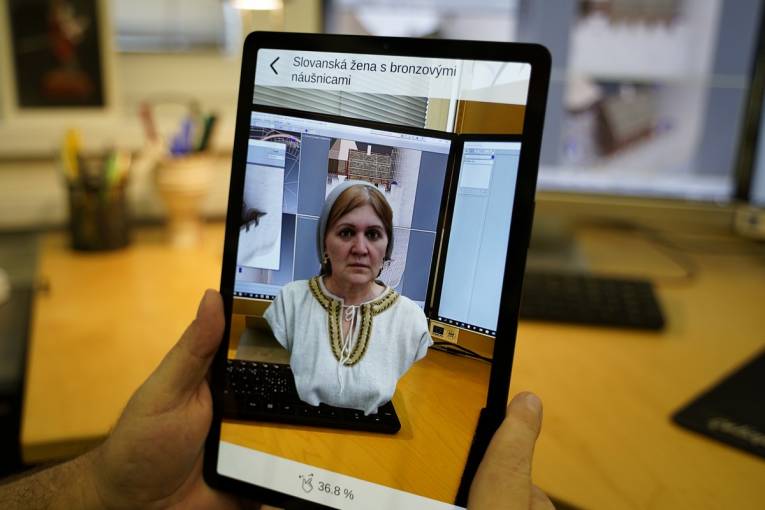 The Slovak territory belongs to the areas with an extremely high frequency of archaeological sites. Many of them are endangered by construction activities, and their results are often unavailable to the general public even after the research is carried out.

The international project VirtualArch implemented within the program called Interreg - Central Europe 2014-2020 was looking for ways of how to bring the European archaeological heritage hidden underground to the public, but also other parties concerned, such as local governments and offices in a virtual form. Activities focused on the sustainable use and protection of archaeological sites hidden underwater, underground or endangered by other human activities.

“The project develops innovative visualization approaches and methods in the field of virtual and augmented reality supporting the protection and preservation of the archaeological heritage and its use in everyday life.  In addition to Slovakia, experts from eight countries, Austria, Germany, the Czech Republic, Slovenia, Croatia, Italy and Poland, were brought together within the project.  Thanks to its portfolio, the Institute of Archaeology of the Slovak Academy of Sciences was selected as the leader of one of the two main working groups,” said Matej Ruttkay, Director of the Institute of Archaeology SAS.

The activities of the Institute focused mainly on the ancient appearance of the city of Nitra and its surroundings, which is hidden under modern urban development, and also on making available the archaeological finds stored in depositories or presented in museum exhibition display cabinets. One of the outputs is a mobile application for smartphones and tablets for Android and iPhone called AUSAV, which introduces the user to the main architectural and movable monuments, from medieval churches and fortifications to the smallest buttons or buckles in a clear 3D view, using augmented and virtual reality.

“The exchange of knowledge within the international team brought a new quality in the preparation and processing of three-dimensional data, as well as in the modelling and reconstruction of cultural heritage. The tested methods of 3D documentation and the creation of augmented or virtual reality will be gradually applied to other sites and finds not only in Slovakia, but also abroad,” added Michal Holeščák, a researcher at the Institute of Archaeology SAS.