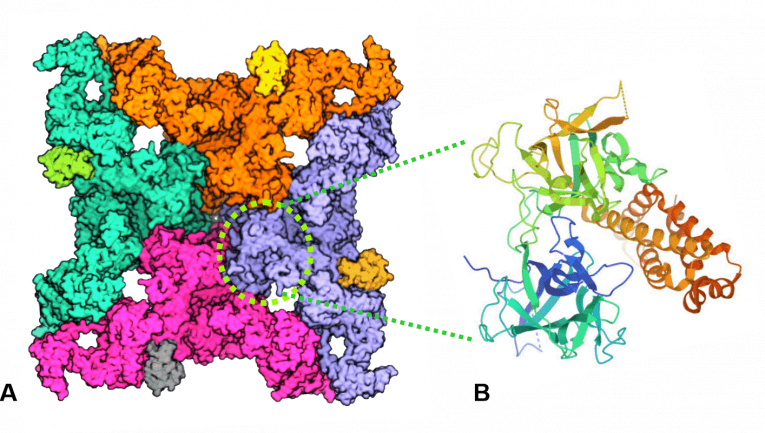 Proteins have their “faces”

Proteins are large molecules that are involved - without exaggeration - in all life processes. They are part of a large number of metabolic pathways and regulate processes such as digestion, excretion, respiration, movement, sleep, learning, immunity, reproduction and many more.

Proteins consist of small subunits called amino acids (amino - they contain an amino group; acids - they contain a carboxyl group). 20 amino acids are involved in the construction of proteins, which are connected to each other in a series by a peptide bond. Just like the coloured pearls are strung on a thread and form one complete unit - a bracelet, necklace, tiara, the amino acids are similarly arranged in a certain, precisely determined order that we can compare to a beautiful, complete and unique piece of jewellery. However, this is not the “final ending” for the proteins. The unique polypeptide chain is further bundled up into higher structures, such as α-helix and β-sheet structures (Fig. 1.), whose arrangement, number and length are unique for each protein. By combining the helix and sheet structures, the proteins acquire their final form, which allows the fulfilment of the specific function for which the proteins are intended. The structure and function of proteins are interconnected and inseparable, just like two sides of the same coin are connected and inseparable.

As one of the many examples of proteins necessary for life, we can mention the Ryanodine Receptor (RyR), which we deal with in our workplace (Fig. 2A). RyR is present in all animals - from invertebrates (snails, worms), to amphibians, reptiles, birds and mammals, including humans. It is the largest known ion channel so far and has an irreplaceable role in muscle contraction. It participates in the regulation of calcium levels in muscle cells, thus ensuring muscle contraction in transversely striated muscles, smooth muscles and in the heart. It is found in the membranes of special cell structures of muscle cells (sarcoplasmic reticulum). Its opening ensures a rapid increase in the concentration of calcium in the cytoplasm of muscle cells, which triggers a cascade of reactions leading to muscle contraction. Changes in some amino acids in RyR slightly modify its structure and dynamics, resulting in the occurrence of specific muscle diseases.

At our workplace, we determined the structure of the N-terminal part of the human high-resolution Ryanodine Receptor (Fig.  2B), which can be found in large numbers in the heart. The N-terminal part of the human cardiac RyR contains amino acids which substitutions cause the development of arrhythmias - catecholaminergic polymorphic ventricular tachycardia (CPVT1) and arrhythmogenic right ventricular dysplasia (ARVC/D2). Determining the structure of RyR significantly helps to understand how this protein “works” as well as the reason for these arrhythmias, which is one of the objectives of our research. 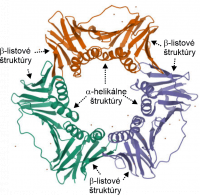