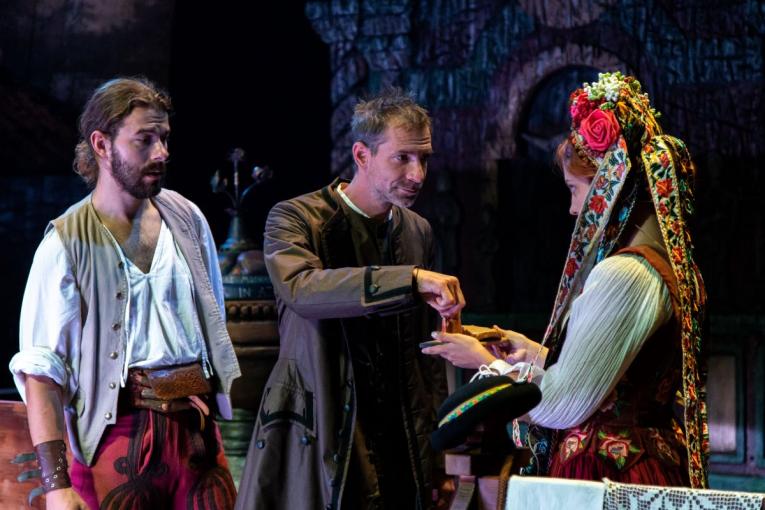 Jánošík – The Story of the Murderer? The theatrical production developed from the cooperation with the Institute of History SAS

The new theatrical production, which developed from the cooperation with the Institute of History of the Slovak Academy of Sciences, represents the fates of the Slovak national hero, Juraj Jánošík, based on the authentic contemporary documents. Its first performance will be held at Bratislava's Aréna Theatre on December 7 - 8. Mgr. Diana Duchoňová, PhD, a senior researcher of the Institute of History SAS, professionally cooperated to prepare the production.

"In England, they have Robin Hood, we have the legendary Juraj Jánošík," says the historian, adding that the work should depict to the audience whether Jánošík was indeed what the rumours say about him, that he stole from the rich and gave to the poor.

“The Estates´ uprisings generated bands of outlaws in almost every county of Slovakia. Robbery – brigandage was one of the negative elements of the warfare of the time. During the years of Jánošík´s life, the territory of today´s Slovakia was literally ´covered´ by bands of outlaws, each county had its own ´Jánošík´” D. Duchoňová describes the context. According to historians, such people did not contribute at all to the appeasement of domestic conditions after the war events, on the contrary, they brought a real threat to people´s property and lives. This is one of the reasons why the brachial (violent, offensive – ed. note) power hit them so harsh,” explains the scientist. “Therefore, in the case of outlaws, on the one hand, they were ordinary robbers who committed the rankest violence, on the other hand, they were robbers around whom a folk tradition was formed - it heroised the deeds of outlaws, gave them a hallmark of rebelliousness against the existing social order. Despite the often- repeated idea that the ordinary common people supported and protected outlaws, folk outlaw songs themselves often point to the low character of outlaws - the pure hunger that motivated them to steal, the vision of easy profit, the desire to get the means to drink, but also self-will and the cruelty with which they behaved towards ordinary people, D. Duchoňová states the historical facts.

The image of Jánošík´s life after his death took on a completely different turn than during his life. “Juraj Jánošík is such a special example of how an unknown outlaw can be transformed into a national myth. Therefore, we should talk about two Jánošíks - the real, unknown outlaw, and a mythical outlaw, who has become part of the national myth,” D. Duchoňová completes the explanation and outlines a piece of the play.

In today´s understanding, Jánošík is a mythical figure that originated through 19th-century literature. The pioneering work of Andrej Melicherčík in the 1950s stabilised the cliché of Jánošík in contemporary society´s awareness. At the same time, the theme of the robbery was also an ideal tool for the historical propaganda of the communist regime, which thus gained a fighter against the feudal establishment.

And the film certainly contributed to that. The very first Slovak film by the Siakeľ brothers was about Jánošík. “For the average viewer, the prototype of the understanding of this character became the adaptation by director Paľo Bielik from 1963,” the historian describes the well-known film. According to historians, the two-part film brings the unrealistic mythical Jánošík to the awareness of everyone who had the opportunity to see this work. Jánošík, portrayed by the charismatic František Kucht, literally became a national hero. “It is also a consequence of the fact that Jánošík is not actually discussed, and the contemporary authors submit themselves to the image of the noble outlaw of Andrej Melicherčík, and thus preserve the real, historical Jánošík by the mythical one,” says D. Duchoňová and “returns to the Sherwood Forest” when adding that admiring “this” Jánošík is on the same level as admiring Robin Hood, who was not even a real character. 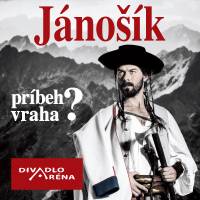