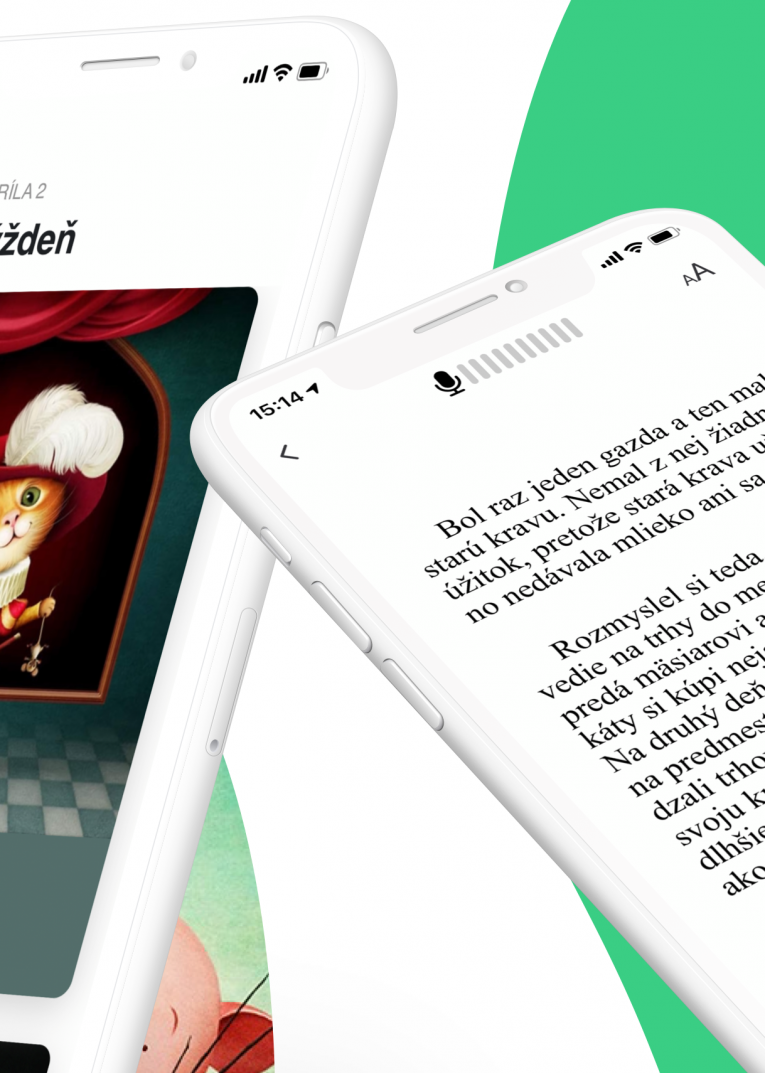 Researchers from the Institute of Informatics SAS have developed an application for an interactive reading of fairy tales. In the beginning, there was an idea of a publishing house called inspira publishing which decided to support the reading of fairy tales to children by parents and make it more attractive. The new Readmio app offers the texts of hundreds of local fairy tales and fairy tales from around the world. When reading, the phone automatically enhances the speaker's voice with funny illustrative sounds or music.

The company turned to the Institute of Informatics SAS with a request for cooperation in the creation of a software that will monitor what the reader has just said.  “Our team has developed versions of the speech recogniser for the Slovak and Czech languages. In addition to interventions in the core of the recogniser, increasing its speed, we had to create models of the Slovak and Czech languages used in fairy tales and models of their sound form,” explains Milan Rusko from the Institute of Informatics SAS, who is the project leader.

The speech recogniser monitors which part of the text the speaker is currently reading and the application starts playing the corresponding illustrative sounds prepared in advance. For example, if there is a sentence "a lark chirped over their heads” in the text, a bird will start singing. The application itself plays the sound at the right time - in the right place of the fairy tale. The technical solution does not use external services. Voice recognition works completely offline, and no data or voice are sent to the server.

“The recogniser itself is computationally very demanding since it works on the principle of the so-called deep neural networks. Therefore, the task of speech recognition had to be optimized for the limited possibilities of the processor and the relatively small memory capacity of the mobile phone. We managed to achieve that the recogniser works fast enough and is reliable enough, which enhances the experience of interactive reading of fairy tales to children and parents,” states Milan Rusko.

The basic condition is to download the application and then open one of the hundred (so far) fairy tales that the application has available for individual languages. Fairy tales are categorised by age or alphabet. The authors of the application based their selection on the most well-known ones, such as: An Egg Went Wandering, Little Red Riding Hood, Laktibrada but also Daedalus and Icarus or The Little Match Girl. The authors of the application regularly supplement the list with new texts and sounds. You can either print the fairy tale or read it from your mobile phone. The mobile application "listens" to you and responds to your voice with pre-recorded sounds, while the parent does not press anything, does not have to disturb while reading.

The application is currently available in Slovakia and the Czech Republic, but will soon be available abroad. In the first 3 months, it was downloaded by almost 40,000 users. It is available for free, for mobile phones with Android and iOS.

Text: Department for Communication and Media