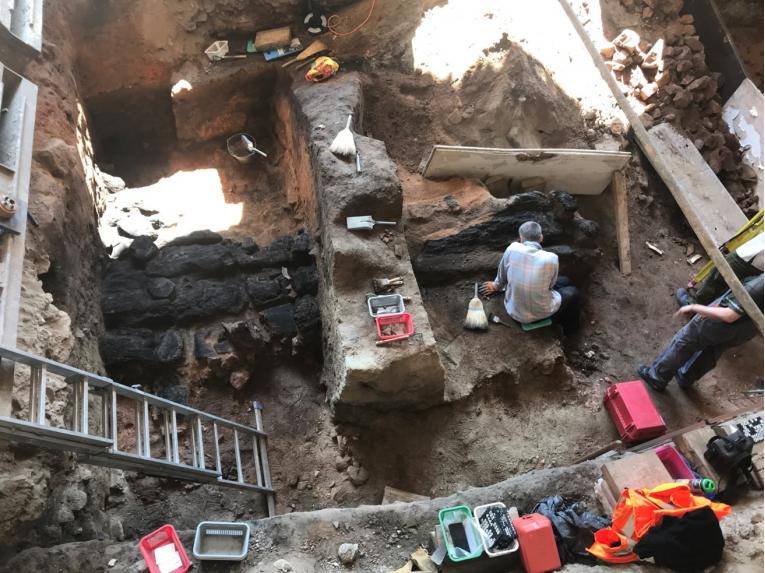 A unique discovery at Bratislava Castle

On August 6, the Institute of Archaeology SAS (Marián Samuel - head of research and Matej Ruttkay - director) in cooperation with the National Council of the Slovak Republic (head of the Slovak National Council office Daniel Guspan and head of the operation and services department Marta Čulenová) presented to journalists a unique discovery - large sections of the preserved charred wall from the first half of the 11th century explored in the north-eastern part of the castle grounds.

The wall has been preserved in various qualitative condition under the entire northern wing at a depth of 2-8 m. Due to imperfect combustion, many wooden structural elements have been preserved in a charred condition. In the best-preserved places, the height of the wooden walls reached almost 3 m. The interesting thing is the so-called hook construction, which was characteristic especially for castles from the territory of the Polish prince and later king Boleslav the Brave. Already the research in the Leopold bastion of the castle in 2005 (M. Ruttkay, J. Henning) proved that the fortification, which was originally considered to be Great Moravian, is, in fact, more than a century younger - from the beginning of the 11th century. Dendrochronology confirmed that the currently examined wall is even slightly younger, from the end of the reign of the Hungarian King Stephen I, from the 20s, or 30s of the 11th century.  It is, therefore, possible that Polish "builders" also worked in his service. The finding shows the great importance of the Bratislava castle hill in the first half of the 11th century, when not only the Hungarian but also the Polish and Czech power elites were interested in this area.

Besides, settlement layers from the Late Stone Age (ceramics, stone tools) and objects carved into the rock from the end of the late Iron Age - 1st century BC- were examined, i.e., from the time when there were unique brick architectures (ceramics, bronze fittings, silver coin, iron objects). Settlements from Roman times are mainly indicated by the findings of Roman building material. Remarkable are the buildings and the settlement layer from the Great Moravian period - among them, for example, a dwelling carved into the stone subsoil - an earth-house with a stone furnace in the corner. What is also unusual is the finding of an icebox (?) From the High Middle Ages, or Early Modern Period, almost 10 m deep. In one of its backfill layers, several skeletons of animals (horse, sheep, ram) were uncovered and between them a literally tossed human skeleton with massive iron shackles on its legs. Only further research will bring the explanation of this fact.

The discovery itself occurred in 2019 during the research of the place where the engine room was to be located. After considering several variants, the National Council of the Slovak Republic first proceeded to change the location of the engine room in order to preserve the finding. Since the test probes in other places always confirmed the presence of the wall, the National Council of the Slovak Republic approved a fundamental change in the project, namely that an underground floor will be created in the area of the northern wing in the length of 34-38 m, which will serve to make new discoveries accessible in the future.

The discovery was possible only thanks to the precise work of the head of research M. Samuel and members of the research team (P. Bednár, M. Holeščák, B. Kovár, V. Mezey, M. Ruttkay) and also thanks to the cooperation with the National Council of the Slovak Republic. After the completion of research and reconstruction works (2023/2024), the wall will be made accessible to the public as a permanent exhibition of the Slovak National Museum. 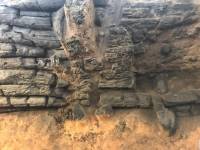 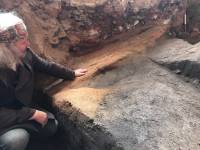