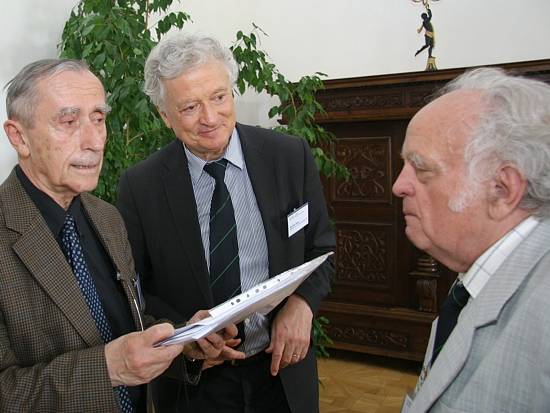 In the period of June 25-28, 2008, the well-known manor in Dolná Krupá (Slovak Republic) became the stage of an international scholarly symposium (in German: Humboldt-Kolleg) dedicated to the history of the eastern Christianity, Judaism and Islam in the period between the death of Muhammad (C.E. 570?-632), the founder of Islam, and Tamerlane, the Turko-Mongolian conqueror of Asia (C.E. 1336-1405). The event was organized by Dr. Marián Gálik from the Oriental Institute of Slovak Academy of Sciences in Bratislava and sponsored by the German Alexander von Humboldt Foundation (AvH-Stiftung). In the list of the participants one could find prominent Orientalists, Sinologists, professors of religion as well as archeologists and other scholars from countries: Slovak and Czech Republics, Great Britain, Italy, Germany, Israel, Australia, China, and Taiwan. The importance of the event was underlined by the participation of Dr. Manfred Osten, the former Secretary-General of the Alexander von Humboldt Foundation, Dr. Viera Rosová, the Vice-President of the Slovak Academy of Sciences, and Prof. J. Urban, Chairman of the Alexander von Humboldt-Club in Slovakia.

As regards the motivation for organizing this event, Dr. Gálik remarked: "If before the year C.E. 632 the Christianity in Asia and Africa were about the same size – or, at least, comparable - as that of Europe, during the several centuries between the years 632 and 1405 they got almost destroyed, save for a few isolated islands that survived. It is important that we understand the course of history, and the reasons for this to happen. The saddest thing to say here is that it was partly us, European Christians, who are to blame for this extinction since we got to regard this large portion of Christianity as heresy. This brought the Asian and African Christian followers to the auspices of the Crescent."
In her opening speech of the conference, Dr. Viera Rosová stressed "the necessity to understand the nature of various present-day religious conflicts in order to avoid them in the future. This requires the analysis of historical sources and the new interpretations of the process of interrelation among these religous systems. The main goal of such an effort is becoming of primary importance of today’s world: to incorporate this knowledge into the curricula and the social communication between the common people so that reasonable, peaceful coexistence of people of different creeds is enabled."

On the role of the dialog with the foreign scholars of religious studies, Dr. Gálik stressed its utmost importance for our academic community. "Except for China, all of them have been free to study interreligious problems without any obstacles, and they have had ample opportunities to do so. In our country this freedom was absent for 40 years of the Communist rule. Even before this time, Slovakia lacked religious scholars and the young generation now is still fledgling. Now at this conference, they had an opportunity to meet the world’s top experts in the field, for example, Prof. Peter Pokorný from Prague or Prof. Yohanan Friedmann or Prof. Benjamin Z. Kedar from Jerusalem. The last two were born in Slovakia which makes their help even more meaningful."

The conference program consisted of a series of papers and discussions by more than half of the foreign participants of the symposium. Slovak researchers from the Institute of Oriental Studies, Archeological Institute, and Historical Institute of Slovak Academy of Sciences, as well as the Comenius University in Bratislava and Slovak Archeological and Historical Institute played also an important part role. The paper by Prof. Yohanan Friedmann entitled "Tolerance and Coercion in Islam" opened a wide discussion of the participants. (Read the interview with Prof. Friedmann here.)

Most attention has been devoted to the relations between Islam and Christianity, less between Islam and Judaism. The papers read persuaded the participants that in the medieval history of these three Abrahamic religions there are enough examples of the mutual tolerance, even if Muslim did practice the economic and others forms of coercion on the Christians and Jews in order to convert them to Islam. Nevertheless, these forms of coercion were not of the size and intensity comparable to the expulsions of Eastern Christian "heretics" from the territories of the Byzantine Empire or Muslim Moors or Jews from Spain during the reconquista. They have shown that there was much in the history we may follow today and in the future in the ecumenical efforts for the mutual communication and gradual understanding between these three monotheistic religions, the greatest in contemporary world.

The setting of the conference in the Dolná Krupá manor was not random. It was the same place Dr. Gálik with his collaborators chose for the first Humboldtian conference of this kind in Slovakia four years ago ("Trade, Journeys, Inter- and Intracultural Communication in East and West (up to 1250)", June 2-5, 2004). The manor is well-known for its former visitor, the famous German composer Ludwig van Beethoven. A historical perspective of his life was presented by Dr. Manfred Osten. He lectured about the new research concerned with the up to now unknown Antonie von Brentano, probably "Immortal Beloved" of the composer, who was educated in Bratislava. Osten’s lecture was complemented by the performance of the popular Moonlight Sonata that was allegedly composed by Beethoven in the very manor.

(edited and translated from Slovak by Mgr. Radovan Škultéty) 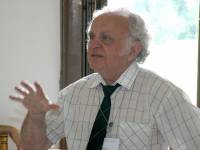 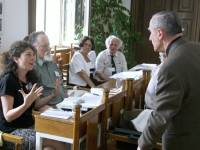 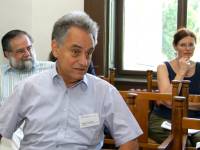 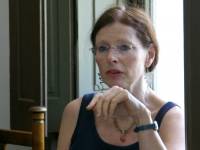 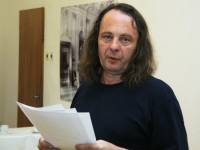 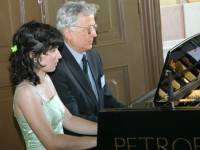 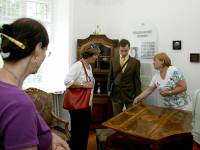 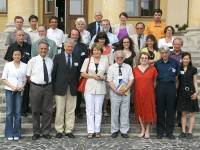