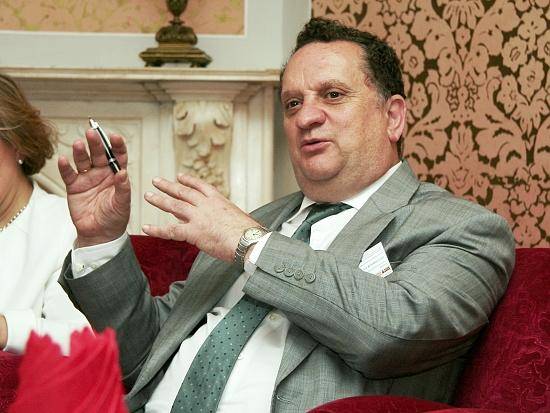 The aim of the meeting was to discuss the problems of national science and technology policy,
the position and role of SAS in the Slovak system of research and development and the research priorities of SAS in 2008.

The EC delegation was interested mainly in the successfulness of the participation of the SAS
in the past 6th and in the running 7th EC Framework Program for Research and Technology
Development. They acknowledged the fact that the SAS has achieved a participation success
rate in FP6 which was higher than the European average one.
Such a trend seems to be continuing in FP7: up to date 180 participations of the the SAS
research teams have been already recorded in the preparation and submission of FP7 project proposals and around 30 of 120 evaluated proposals have been approved for financial
negotiations at EC. Experts from SAS act as national delegates in 5 Program Committees of
FP7 (PCs Health, Nanosciences, Socio-Economic Sci. and Humanities, Space and Security),
some others are evaluators of FP7 project proposals.

Some special problems of SAS FP participation were discussed too. SAS representatives
mentioned that the most of research institutions in East European new EU member states
have a handicap lacking of modern efficient research infrastructure necessary mainly at
institutions with technical or natural sciences profile. This phenomenon can cause serious
barriers when submitting a proposal in the FP7 Ideas- ERC program in which the level of
technical infrastructure at the applicant´s institution is one of the proposal evaluation criteria.
M.S. Rodríguez promised his effort to try to initiate a debate on this issue at DG research.
Clara de la Torre has suggested an idea for the Slovak Research and Development Agency
to support those of projects which have achieved relatively high evaluation score but for
budgetary reasons were not selected for financial negotiation by EC.

At the end of the meeting M.S. Rodríguez addressed a message to the SAS researchers
recommending them to utilize the synergy effect from the international cooperation notably
in FP7 in the research lines which are priorities both for EU and SAS (see the video-recorded message)

Valentin Both
Department of International Cooperation 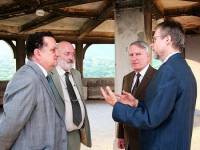