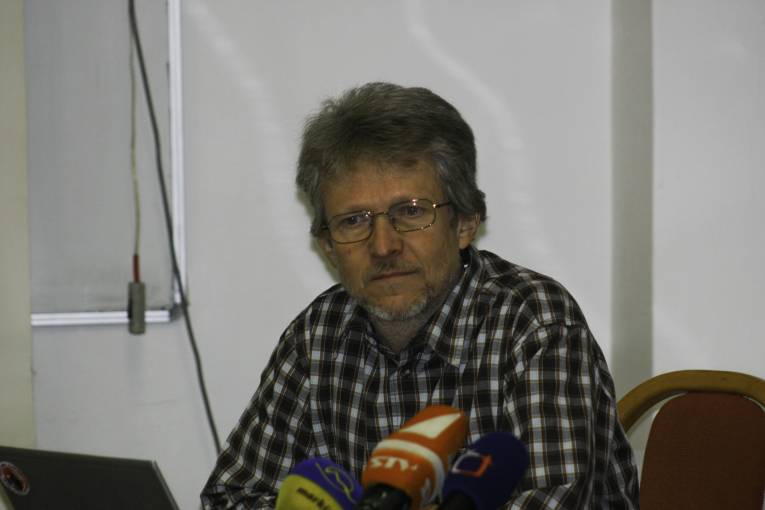 9. 5. 2012 | 2518 visits
Plans for a new cloaking device that can disguise itself from a static magnetic field have been devised by scientists who say it should be easy to manufacture.

Fedor Gömöry and colleagues in Slovakia and Spain designed a cloak for a direct current, or DC, magnetic field that is static and produced by a permanent magnet or coil carrying a direct current. DC magnetic fields are used in MRI imaging devices, in hospitals and in security systems, such as those in airports.
The researchers' device, described in the journal Science, features a cylinder with two concentric layers. While the inner layer consists of a superconducting material that repels magnetic fields, the outer layer is a ferromagnetic material that attracts them. New experimental data, published in Science, could mean a big step towards the physical realisation of a magnetic cloak, pushing the boundaries of a field which has remained mostly theoretical to this point. "Invisibility is something that has attracted a lot of attention", said lead author Alvaro Sanchez at the Autonomous University of Barcelona in Spain. "Until now, experimental cloaks only provided partial cloaking or else they hide a bulge on a surface. Ours is likely the first experimental cloak that is based on an exact scheme."

Using mainly oscillating frequencies in their designs, previous invisibility cloaks have often operated on too limited a field of frequencies, or have only provided partial cloaking. In the new study, led by Fedor Gömöry from the Institute of Electrical Engineering at the Slovak Academy of Sciences in Slovakia, the team developed a cloaking model which should not only completely cloak its contents when placed in a magnetic field but also be possible to manufacture.

They designed a special cylinder, formed of a double layer: the inside of which is made from a superconducting material which repels magnetic data, while the outer layer is made of a ferromagnetic material which attracts data. In this way, the cylinder does not perturb any magnetic fields it comes into contact with and cloaks its contents evenly. "Our cylindrical bilayer exactly cloaks a uniform magnetic field, and we have confirmed this experimentally using only readily available materials", said Sanchez.

The technology from this cloak could mean a push forward for other devices, say the researchers. The same magnetic fields that were observed in this study are used in hospital MRI scanners and in security systems round the world. "Magnetism is used in many technologies: energy generation, motors, computer memories and medical techniques. We present a practical [model] which may yield to applications in some of these technologies," said Sanchez.

Abstract
Invisibility to electromagnetic fields has become an exciting theoretical possibility. However, the experimental realization of electromagnetic cloaks has only been achieved starting from simplified approaches (for instance, based on ray approximation, canceling only some terms of the scattering fields, or hiding a bulge in a plane instead of an object in free space). Here, we demonstrate, directly from Maxwell equations, that a specially designed cylindrical superconductor-ferromagnetic bilayer can exactly cloak uniform static magnetic fields, and we experimentally confirmed this effect in an actual setup.