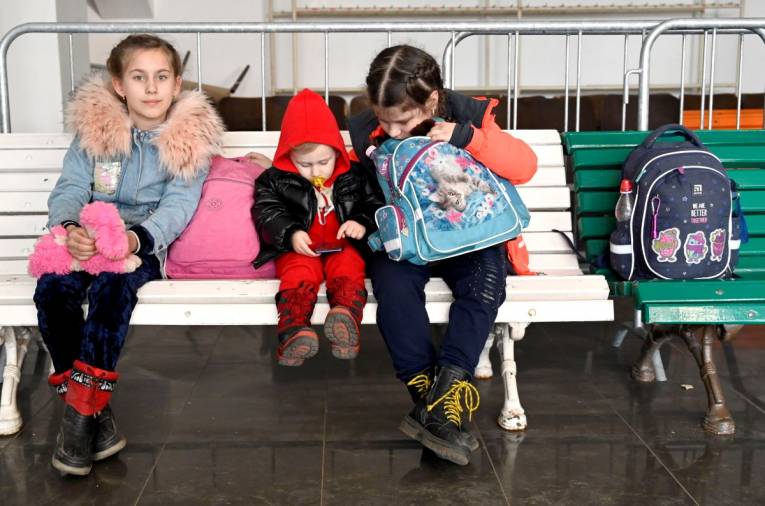 The war in Ukraine changed the Slovak opinions on migration policy

Although general negative attitudes towards migrants as such still persist among Slovaks, their opinions on migration and asylum policy softened and became somewhat more liberal after the outbreak of the war in Ukraine. Slovaks are much more compassionate and willing to open borders to people in danger, with whom they share a common history, geographical space and values. These findings were brought by recent research by experimental psychologists from the Slovak Academy of Sciences, who compared the attitudes of the inhabitants of Slovakia towards migrants after the outbreak of the migration crisis on the EU's eastern border in the fall of 2021 and after the outbreak of war in Ukraine.

The sudden outbreak of the war in Ukraine, which, despite the long-term tense situation on the Russian-Ukrainian border, still caught many by surprise, prompted scientists from the Institute of Experimental Psychology of the Centre of Social and Psychological Sciences SAS (ÚEP CSPV SAV, v. v. i.) to re-study the topic of migration and the refugee crisis. They began their survey on the day Russia announced an increased nuclear weapons alert. The aim of the research team was to find out whether feelings of threat and anxiety about war moderate support for a strict exclusive migration policy and negative attitudes towards migrants.

"Not all of our assumptions were confirmed. It was surprising that attitudes towards migrants and refugees hardly changed at all. We found the same level of xenophobic and anti-immigration views as in autumn 2021. Compared to last year, however, we noticed one significant change. It is assumed in the literature, and our data from autumn 2021 confirmed this, that support for an exclusive migration policy is strongly related to negative attitudes towards migrants. That means, the stronger the negative attitudes towards migrants, the lower the willingness to accept them. However, during the war, this relationship was no longer so strong,” explains Magdalena Adamus from ÚEP CSPV SAV, v. v. i.

According to experimental psychologists, general attitudes towards migrants may not sufficiently explain people's views on migration policy, especially in situations of emotional tension and a personal sense of threat. Psychological theories explain this by the fact that it is much more difficult to morally detach from a critical situation if it directly affects us (for example, in the case of war refugees from a neighbouring country).

"Ukrainians are similar to us, many of them studied or worked in Slovakia before the war. Our mental representation of the Ukrainian refugee is significantly different, less vague and unknown, compared to refugees and migrants in general. And that is why it's easier to sympathize with them," adds the research co-author Matúš Grežo from ÚEP CSPV SAV, v. v. i.

An important finding of the SAS team of scientists is that the war softened the attitudes of people who, until recently, had very strong exclusive views on migration policy. Although they still feel uneasiness or fear of migrants as such, they are willing to overcome it and, even at the cost of their own discomfort, agree to make Slovakia a new home for Ukrainians, at least temporarily.

"Ultimately, subjective feelings of war threat seem to help people better imagine what the refugees themselves are going through. And, perhaps, it is this awareness that leads Slovaks to offer refuge to those who are threatened by the terror of war at home," conclude the researchers.