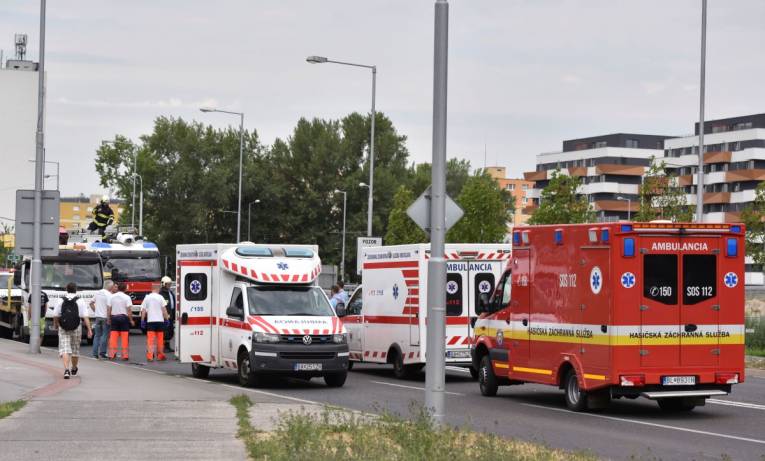 Stress and exhaustion weaken the performance of rescue workers

Stress and exhaustion experienced by rescuers are indirectly related to the increased occurrence of safety incidents whilst performing their duties. These claims were confirmed by research of experimental psychologists from the SAS conducted on the staff of the crews of the emergency medical service. The study was published in the  International Journal of Occupational Safety and Ergonomics.

Paramedics and emergency medical crews have great responsibility. Therefore, serious errors on their part evoke strong negative emotions. Scientists from the Institute of Experimental Psychology of the Centre of Social and Psychological Sciences SAS (ÚEP CSPV SAV, v. v. i.) focused in their research on the reasons why errors occur on the part of rescue workers and found out what factors can reduce their error rate in the performance of the service.

"Through the questionnaire, we were trying to found out how often emergency medical staff at work experience stress and exhaustion, the level of their cognitive abilities or skills, and how often they behave in accordance with established safety procedures, rules and regulations,“ explains Martin Sedlár from ÚEP CSPV SAV, v. v. i.

Scientists were also interested in how the mentioned factors are related to the so-called security incidents, which means errors during the performance of the service. "We measured the error rate by asking whether at work they contributed to events that harmed or could have harmed the health of patients, themselves or their co-workers," adds the experimental psychologist.

The resulting findings showed that the more frequent stress and exhaustion of members of rescue services were associated with a higher occurrence of security incidents, but their relationship was rather indirect. More frequent stress and exhaustion weakened the cognitive capacity (situational awareness) of the respondents, which made them less attentive, focused and had a weaker overview of the situation.

"Rescue workers who experienced less stress and exhaustion were more cognitively alert and behaved more in accordance with established procedures, which reduced the likelihood of a safety incident," specifies the scientist, adding that the results of this research also point to a possible solution that could reduce the error rate for rescuers.

"This solution is an effort to reduce stress and exhaustion, improve cognitive capacity and work more in accordance with established work practices. While the workers themselves may strive for this, they may encounter a problematic system that impedes their efforts, for example, by sometimes ´squeezing them to the last drop of sweat´. Therefore, it is ultimately the responsibility of the system to implement adequate measures to increase the safety and health of patients and healthcare professionals,” emphasizes M. Sedlár.