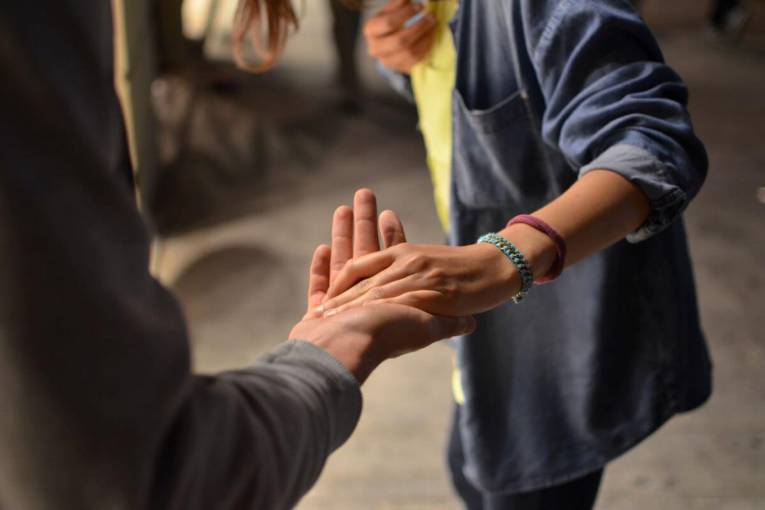 The classical psychological theory says that when people are in danger, they either fight or flee. They can also freeze as if they were paralysed. However, the results of research by experimental psychologists from the Slovak Academy of Sciences show that people who feel threatened can do more than that. Despite the risk, they can behave prosocially and help others. In a recent study published in the journal Current Psychology, they describe the emotions and values ​​that motivate people to take prosocial and self-sacrificing behaviour during a pandemic.

Although calling family and friends to find out how they feel cannot defeat the virus, many people have taken care to keep in touch and provide emotional support at least remotely. Others also bought groceries for other people, increasing the risk of becoming infected themselves. Many limited their physical social contacts beyond measures so as not to spread the virus around them, even though it meant an increased sense of loneliness for them. Scientists from the Institute of Experimental Psychology of the Centre of Social and Psychological Sciences SAS (ÚEP CSPV SAV, v. v. i.) focused in the research on this prosocially behaving group of people. They were interested in the extent to which their personality traits, emotional factors and value settings influenced this behaviour.

“To get a more comprehensive picture of prosocial behaviour during a pandemic, we examined behaviour that went beyond the normal following of measures. We included in the research, for example, the provision of emotional support, limiting excessive purchases of hard-to-reach goods, or limiting social life, i.e. voluntary behaviour which, while restricting the freedom of the individual, can contribute to the well-being of others,” explained the study co-author Magdalena Adamus of ÚEP CSPV SAV, v. v. i.

The results of the research showed that more open people behaved the most prosocially, those who are forward-looking and altruists who feel strong ties with society. Despite this finding, an examination of all variables showed that the most important, decisive factor in the degree of prosocial behaviour was the feeling of threat and just behind it, vertical collectivism.

“Prioritizing people's well-being over one's own and sacrificing one's own comfort for the good of a group with which the individual felt a strong emotional bond also contributed to people's prosocial behaviour. On the contrary, several studies have found out that people who are attracted to authoritarian ideologies and values ​​and do not consider themselves liberal-oriented have significantly less often felt the need to care for people around them,” specified the experimental psychologist.

The extent of people's prosocial behaviour during a pandemic depended to a large extent on whether they perceived the threat posed by COVID-19 as serious and on whether they considered the well-being of others to be equivalent to their own. The importance of the findings of psychologists from the Slovak Academy of Sciences lies in the fact that the so-called vertical collectivism has the considerable potential not only to increase the following of measures but also to promote more general prosocial behaviour.

"We have found out that people who perceive COVID-19 as a threat, either for themselves or others, are generally more willing to follow even those measures that are self-limiting. A possible reason is that they perceive the necessary limitation of their own comfort as a step towards the "common good,” added the scientist.

Based on the results, psychologists emphasise that building a society on shared values ​​and promoting sensitivity to the needs of others is the very first and necessary step in the pursuit of the common good.

More information about the study can be found in the blog of ÚEP CSPV SAV, v. v. i.