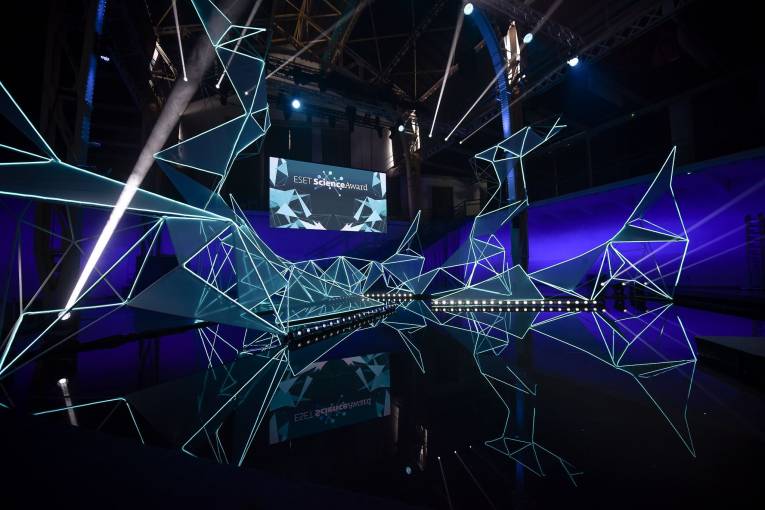 For the third time, the ESET Foundation will recognise outstanding individuals of Slovak science for their scientific, research and pedagogical work. The evaluation committees selected fifteen finalists of the ESET Science Award, 6 of which represent the SAS.  The award is presented in the categories of Outstanding Individual Contributor to Slovak Science, Exceptional Young Scientist in Slovakia under the Age of 35 and Outstanding Academic. The award winners will be announced on October 16, 2021, during the gala evening, which will be broadcast live on Dvojka for the first time.

Every year, the ESET Science Award highlights the contribution of excellent scientific personalities to Slovakia and the international community and brings to the public the irreplaceable importance and impacts of scientific work. This year´s motto will be "science is hope", which reflects the role of science in current events. "The pandemic and the challenges of recent months have repeatedly shown us how important it is to support the work of scientists and researchers. A systematic scientific approach makes it possible to distinguish truth from assumptions and fabrications, to be the voice of reason in a polarised society, and thus to overcome even the greatest challenges,” explains Richard Marko, CEO of ESET.

The winners in the main categories of Outstanding Individual Contributor to Slovak Science and Exceptional Young Scientist in Slovakia under the Age of 35 will be selected from the finalists by an international commission composed of leading personalities of world science. The winner in the category of Outstanding Academic will be decided by an evaluation committee made up of representatives of Slovak universities.

The international commission, which selects the winners in two main categories, is presided for the second year in a row by Nobel laureate, legendary astrophysicist and leading expert in gravitational physics, Professor Kip Thorne, who will also attend the awards ceremony. Together with him, the winners will be decided by other internationally recognised scientists - Fiona Watt, a biologist at King's College in London working as a Director of the Centre for Stem Cells & Regenerative Medicine; chemist and philanthropist Hana Dvořáková, who was involved in the birth of one of the most effective substances against the HIV virus and currently works at the University of Chemistry and Technology in Prague; Ralf Riedel, Professor of Inorganic Chemistry at the Institute of Materials Science, Technical University of Darmstadt, and Tibor Krisztin, Professor of Mathematics at the Bolyai Institute of the University of Szeged.

The winners of the ESET Science Award are selected based on a demanding evaluation process that takes into account a whole set of criteria, such as the contribution of their scientific research work for society, scientific performance, measurable scientometric data, participation in solving important international research projects, visibility of Slovak science and research abroad, or, in the case of university pedagogues, also their pedagogical skills, innovation in teaching and student feedback.

"For the third year in a row, the nominations for the award show us the strength and quality of the Slovak scientific community. The final fifteen is composed of extraordinary scientists, young talents and pedagogues, and it will again be difficult to select the winners,” says Paulína Böhmerová, Manager for relations with the scientific community.

The ambassadors of the award also help to spread awareness of science in Slovakia and our exceptional scientists in the world - Professor Ruzena Bajcsy, a pioneer of robotics and artificial intelligence at the University of California, Berkeley; Professor Pavel Cheben, a global expert in integrated optics, silicon photonics, nanophotonics and biophotonic sensors from the Canadian National Research Council; Hana and Dalimil Dvořák, founders of the foundation Nadace Experientia, which supports young scientists in organic, bio-organic and medicinal chemistry, and machine learning expert Michal Valko, who specialises in artificial intelligence research in Deep Mind's prestigious laboratory in Paris.

The award winners will be announced during the gala evening, which will take place on Saturday, October 16, and RTVS will broadcast it live on Dvojka at 8.30 pm.

Finalists in the category Outstanding Academic (in alphabetical order)

You can find more information on the website https://www.esetscienceaward.sk/sk.