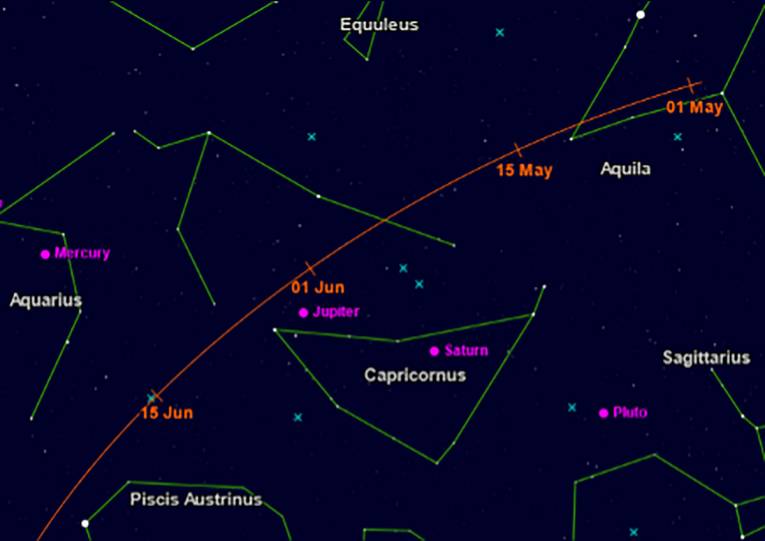 Comets observable even by small telescopes are approaching the Earth

These days, the periodic comets 7P/Pons-Winnecke and 10/P Tempel 2 are approaching the Earth. They belong to the Jupiter family of comets. In May and June, they will be brighter than the 12th magnitude, and we will be able to observe them in the sky even with small telescopes.

The periodic comet 7P/Pons–Winnecke is considered to be the parent comet of the June Boötids meteor shower. On June 12, 1819, it was discovered by the historically most successful discoverer of all comets, Jean-Louis Pons. After it disappeared, Friedrich A. T. Winnecke found it again in the sky on March 9, 1858.

“The orbit of this comet is 6.31 years and we estimate the diameter of its core to be 5.2 km. It will pass the perihelion on May 27, 2021, and will be closest to the Earth on June 12, 2021,” said Ján Svoreň from the Astronomical Institute SAS, adding that thanks to this, the comet will be brighter than the 10th magnitude in the first half of June. Comet 7P/Pons–Winnecke from Slovakia will be observable from May to June in the second half of the night. It will be brighter than the 12th magnitude until mid-August.

We can enrich our May and June mornings just before sunrise by observing the 10P/Tempel 2 periodic comet. It was named after astronomer Ernest W. L. Tempel, who discovered it on July 4, 1873. Its orbital period is 5.3 years and the estimated core diameter is 10.6 km.