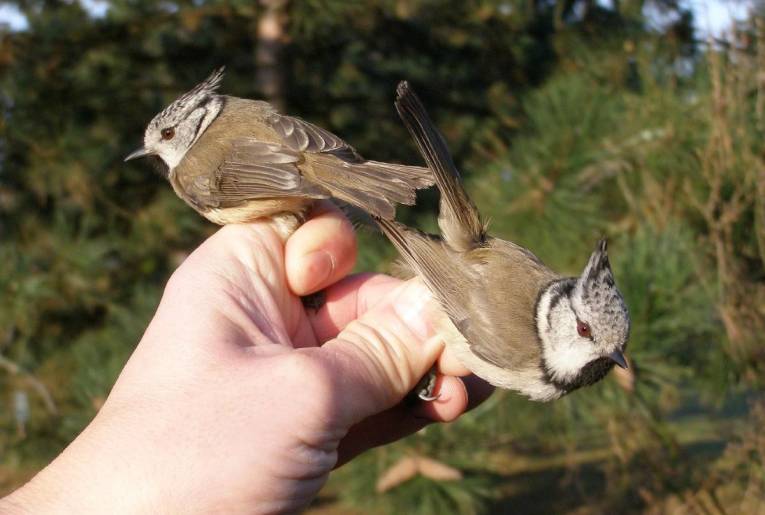 Welcoming of the messengers of spring even during the pandemic period

April 1 is known by the public as International Bird Day. Its tradition dates back to 1900 and is associated with the naturalist and polymath Otto Herman, a native of Brezno. He was responsible for the introduction of an event intended for schools called April 1 - Birds and Trees Day.

Employees of the Institute of Forest Ecology SAS in Zvolen and the Borova hora Arboretum at the Technical University in Zvolen have been organising the Welcoming of Bird Messengers of Spring in the premises of the Borova hora Arboretum from March 31 to April 1. "With this event, we are developing a tradition founded during the Austro-Hungarian monarchy by Otto Herman. It is attended by pupils and students of all levels of schools and lovers of fledgelings from Zvolen and the near and far surroundings. There are hundreds of visitors registered by the organisers during these two days,” confirms Ing. Katarína Sládeková from ÚEL SAS in Zvolen.

Led by experts from the UEL SAS, the participants recognise the bird species flying through the arboretum on the way from their wintering grounds. "The organisers capture them in nets that they have previously set in suitable locations in the arboretum. After freeing them from the nets, their presentation begins in the form of short lectures and quizzes,” K. Sládeková describes the event. "Besides the knowledge of the biology and behaviour of species, it is also possible to learn about their migration strategies and the consequences of global climate change. Each individual is ringed, the sex, health condition data are recorded and the birds are then returned to the wild.” Experts are thus succeeding in motivating event participants to protect bird species, who, according to the experience of scientists, then try to plant trees in their homes, feed birds in winter, many have decided to hang boxes, or even build them during winter to be ready for spring nesting. Ing. Miroslav Saniga, Csc.,  also known for his fairytale bird garden with more than 200 birdhouses, which he built next to his house in the village of Liptovské Revúce, spreads his enthusiasm during the event“ K. Sládeková mentions the well-known populariser of science.

Due to the current epidemic situation related to COVID-19 disease, this year's welcoming of migratory bird species will be held from March 31 to April 1 with the participation of only a few main persons involved from the ÚEL SAS and the Borova hora Arboretum, with maximum compliance with all anti-pandemic measures. "Migration activity culminates in April, with 30 million birds arriving in Slovakia every year, with up to two-thirds of this number in April. In order to maintain the long-term monitoring of migrations of bird species, the event in the Borova hora Arboretum will be carried out in this pandemic year as well, although, unfortunately, without the participation of the general public,” informs RNDr. Anton Krištín, DrSc., from the Institute of Forest Ecology SAS.

At the institute, the scientists are currently researching birds in two international projects. "One is focused on the behavioural ecology of the lesser grey shrike species, the responsible researcher is RNDr. Anton Krištín, DrSc., who is also the soul of the first April events in the arboretum,” explains K. Sládeková. "In another project, Slovak scientists, in collaboration with scientists from Austrian and Czech institutions, are dealing with reproductive strategies in relation to acoustic parameters and migration strategies on the example of the Eurasian reed warbler and the lesser grey shrike.”