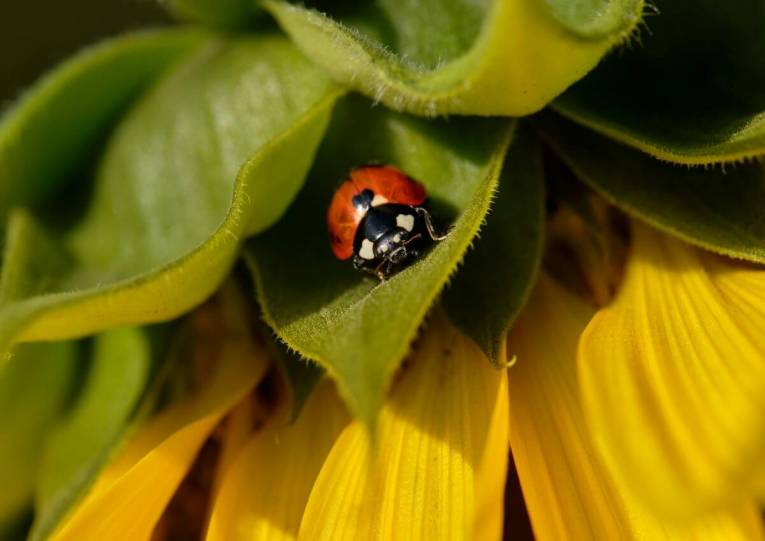 Insect research at the Institute of Forest Ecology SAS

Insect. For many people, a not very popular group of organisms, but in terms of the functioning of life on Earth (for example pollination, food chains, nutrient cycle), it is certainly one of the most important. At the ÚEL SAS in Zvolen, scientists from the Department of Animal and Ecosystem Interactions are dedicated to the research.

They traditionally focus their attention on our native forest species communities (e.g. caterpillars in oak forests) and their interactions with the environment in which they live. In forestry practices, species living in late autumn are monitored and the number of caterpillars in the spring period can be assumed based on their numbers, and thus also the degree of endangerment of trees by their feeding. For a more accurate estimation of the number of caterpillars next spring, our scientists recommend, based on their latest knowledge, to map butterflies in oak and mixed forests continuously from late autumn to early spring, as these species can also be a significant component (sometimes more than half) of spring caterpillar communities feeding on oak leaves.

In recent years, the research has also focused on invasive species originating in the forests of Asia (box tree moth Cydalima perspectalis, Harlequin ladybird Harmonia axyridis and alnus ambrosia beetle Xylosandrus germanus). In the case of the above-mentioned non-native species, the spread and penetration of which in our areas is conditioned mainly by warming, the researchers deal mainly with the mechanisms of their distribution (e.g. suitability of selected tree species, preference of habitats, or the number of generations). In the case of the box tree moth (a butterfly which caterpillars feed on Buxus leaves), the researchers monitored the spatial and temporal distribution of caterpillars on the Buxus, proposing a simple and reliable method of estimating leaf damage suitable for all growers. In addition, they mapped the occurrence of the box tree moth for five years after its arrival in Slovakia in 2012 and found that the most endangered Buxus are in the lowest and warmest areas. They expect a further spread of the box tree moth through valleys and along watercourses, while mountain ranges may represent a barrier to the natural spread of this invasive species.