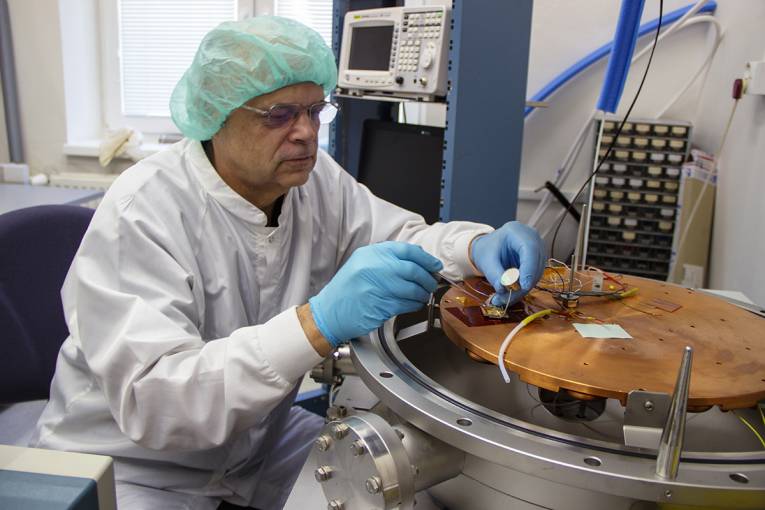 The BepiColombo spacecraft, which has been travelling to Mercury since 2018, has now approached Venus at a distance of 10,720 kilometres. Thanks to scientists from the Slovak Academy of Sciences, it will be possible to use this close flyby to study the properties of ions in her upper atmosphere.

The European-Japanese spacecraft BepiColombo, which will reach the orbit of Mercury in 2025, transports several scientific facilities. These will be activated for the next 4 days. They also include the SERENA PICAM ion mass spectrometer (Planetary Ion CAMera), to the construction of which scientists from the Institute of Experimental Physics of the SAS in Košice and the Bratislava technology company Q-Products also contributed.

“The task of the PICAM device is to register the distribution of ions, i.e. their chemical composition, energy and the direction from which they come.  Unlike our Earth, which is protected from the solar wind by its magnetic field, Venus does not have her own magnetic field. Her magnetosphere is only induced by the magnetic field of the Sun, and her upper atmosphere reacts significantly with charged solar wind particles. The spacecraft´s flyby through this complex physical environment will certainly bring a lot of valuable knowledge about this neighbouring planet,” said Ján Baláž from the IEP SAS, who was directly involved in the construction of the spacecraft.

For the institute itself, this is the twenty-first active space mission to which it has contributed through the development and construction of scientific instrumentation. “Besides, we are working on building a global network of detectors for monitoring airglow radiation, we participate on the data analysis from an experiment on the International Space Station (ISS), and work on developing physical models of cosmic radiation behaviour in the Earth´s magnetosphere and heliosphere. We also carry out measurements of secondary cosmic radiation at the Lomnický štít,“ adds Pavol Bobík, Head of the Department of Space Physics, IEP SAS.

Interest in Venus increased significantly in September this year when radio telescopes in Chilean desert Atacama and Hawaii detected phosphine in the atmosphere of Venus, which is produced on Earth exclusively by biogenic activity. Until now, Venus has been considered completely inhospitable to the life of our type due to its high temperatures, pressure and toxic atmosphere. The presence of phosphine evokes the hypothesis of possible microbial life in the upper atmosphere.