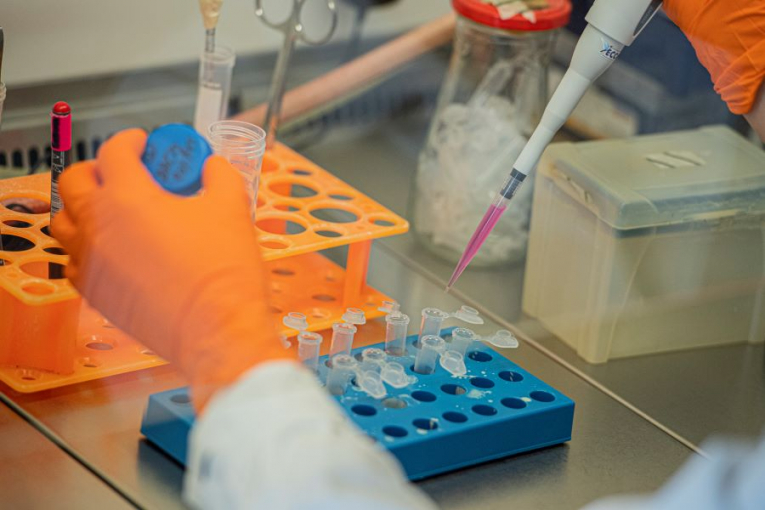 The Biomedical Research Center of the Slovak Academy of Sciences offered assistance with laboratory testing for SARS-CoV-2 already in March, immediately after the appearance of the first patients with COVID-19 disease in Slovakia. At that time, it received a government subsidy of EUR 280,000.00 to cover the costs connected with testing. Although the original calculation took into account 5,000 samples, the Biomedical Research Center SAS has been able to carry out the testing so far from this subsidy and with the support of the SAS’ internal overheads and salaries. The team led by RNDr. Boris Klempa, DrSc. has already tested more than 16,000 samples.

Today, the Biomedical Research Center SAS is testing mainly thanks to a donation from the Slovenská sporiteľňa Foundation, which provided funding for an automatic isolation station and consumables for RNA extraction, and also thanks to PCR tests, the development and production of which were financed by the ESET Foundation. However, the tests in question have just been outspent, and the testing was threatened to stop.

Fortunately, this situation was at least temporarily delayed thanks to a donation from the MultiplexDX company, which decided to donate another 4,000 tests produced in Slovakia, certified for COVID-19 diagnostics, to the Biomedical Research Center SAS. "We are very happy to be able to help our partners, with whom we have been developing our tests since March, who produce validation data for certification and also deliver viral RNA to our kits as a positive control," Pavol Čekan, PhD., founder and CEO of the MultiplexDX company, commented on the donation.

The Biomedical Research Center SAS will thus be able to carry on with testing right with the Slovak certified tests, in the development and validation of which its scientists participate from the beginning and are absolutely convinced of their high quality and reliability. The virologists of the Biomedical Research Center SAS highly appreciate the cooperation with MultiplexDX, as well as this donation. The company helped them with testing not only at the beginning of the pandemic when there was a big problem in Slovakia with the supply of reliable PCR reagents from abroad, but also now, when the testing demand rises again and its implementation is key to controlling the spread of the disease caused by SARS-CoV-2 coronavirus.