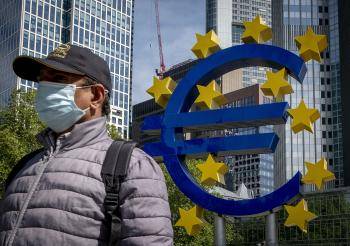 For Slovakia, the highest priority at present is the increase in public health financing expenditures and additional expenditures associated with the recovery of individual economies, which will undoubtedly deepen the already relatively high public debt and fiscal deficit.  According to the economist of the SAS, Juraj Sipek, in order to ensure the sustainability of public finances, it is necessary to focus on the second part of the state budget, where there are reserves, i.e., on receipts. According to him, in this context, we can talk about unused reserves, which are found as financial assets in tax havens, in the grey economy, from corruption, non-transparent public procurement operations or money laundering.

Following the renowned monetary, financial and economic institutions, it is estimated that tax havens currently account for around 8% to 10% of the world's GDP of financial assets.  In the Organisation for Economic Co-operation and Development (OECD) countries, the grey economy represents 15%, that is about USD 2 billion, and corruption about 1% of the world´s GDP. Pursuant to UN studies, the total volume of financial assets used in money laundering ranges from 2% to 5% of the world´s GDP,” said Juraj Sipko, director of the Institute of Economic Research SAS.

According to him, approximately 600 billion of financial assets flow into tax havens every year due to non-payment of taxes by corporations. In the case of the countries of the European Union, this volume ranges between EUR 160 billion and EUR 190 billion per year.

Besides, with regard to the empirical studies of the International Monetary Fund, about 40% of the world's foreign direct investment, which represents about USD15 trillion, is made through shell firms/corporations without economic activities. A significant volume of these financial assets is realised through companies based in European countries,” said the economist.

When assessing the development of the sustainability of public finances in terms of receipts, the important thing is what is the current share of receipts in the structure: direct and excise taxes, as well as taxes of natural and legal persons.

“Pursuant to analyses carried out by the International Monetary Fund on a sample of 145 Member States, the largest disparity is within the frame of industrialized countries when compared mainly between natural and legal persons. This significant disparity lies in the fact that natural persons contribute on average by 12 per cent, while the share of legal persons is only 3.5%.  Furthermore, there are a number of open questions related to the introduction of the digital tax,” added Juraj Sipko.

According to the economist, even the unfair setting of the structure of tax rates will further deepen the historically highest degree of polarization of society in modern economic history.

“Today, more than ever in the history of modern economic development, there is an urgent challenge for representatives of international monetary and financial institutions, the OECD, EU Member States, Group 20, politicians and economic policy makers to prepare a tax reform aimed at mobilizing resources to secure the receipts side of the budget and fair setting of rates for corporations and individuals,” added the economist.

Last but not least, the sustainability of public finances is influenced by the more urgent risks associated with climate threats.  "The International Monetary Fund estimates that the costs of public resources due to climate change can range from 0.6% of GDP to 2% of GDP per year in individual countries," said Juraj Sipko.