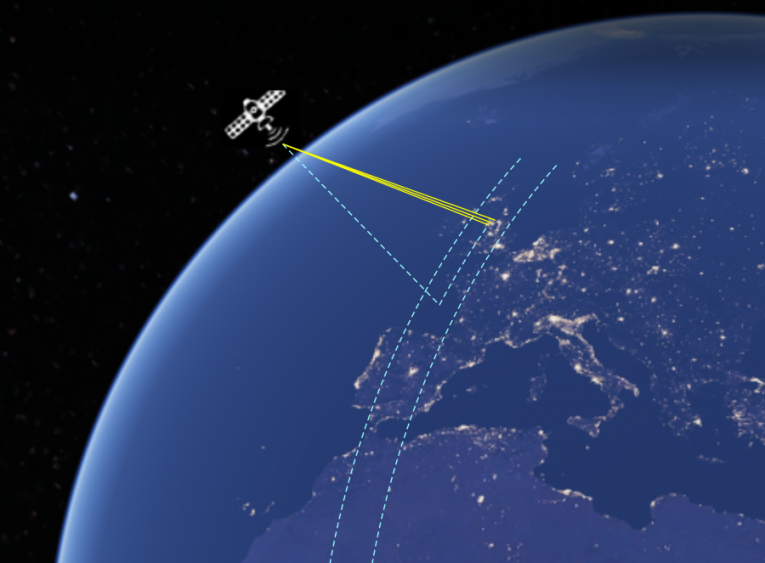 The annual increase in light emissions from terrestrial sources (especially night lighting of cities) disproportionately increases the environmental burden and has a wide spectrum of other undesirable consequences.

For instance, the light emissions, which are headed directly into the upper hemisphere, represent energy losses and have the largest share in illuminating the night sky. The range of the effect of light sources depends in many respects on their spectrum and the directional distribution of photons. The dispersion of visible radiation in the earth's atmosphere decreases significantly towards the red edge of the spectrum. As a result, with increasing distance from the light source in the night sky, the proportion of red is highlighted and the proportion of blue is suppressed. In the proximity of towns, it is vice-versa. However, the actual redistribution of energy in the spectrum of dispersed light depends on the specific conditions, mainly the pollution of the atmosphere by aerosol particles.

Currently, networks of monitoring stations are being built in many countries with the aim to monitor the impact of light emissions on light pollution levels, and to contribute to a better understanding of the basic mechanisms that predetermine changes of the diffuse light of the night sky. It is assumed that the knowledge gained will lead to solutions which will help slow down the pace with which the brightness of the night sky increases, or even suppress it in a controlled manner. It places great emphasis on the modernization of light sources, but recent research has highlighted the growing role of aerosols in these processes.  The aerosol particles influence the light field both on the earth's surface and at the level of satellites.

In cooperation with the Universidade de Santiago de Compostela, the SAS has developed a method which opens up new possibilities for the use of yet passive satellite imaging of the earth's surface at night. The method is based on the principles of light dispersion, whereby the intensity detected by the satellite at a small angular distance from the light source (city) depends on the micro-physical properties of the atmospheric aerosol, but especially on the dimensions of the aerosol particles. The advantage of the method is self-calibration. By comparing the intensity of diffuse light at the outer edge of the city with the direct light emissions, a relative glow is obtained as a function of the angular distance from the city. From this function, we consequently determine the dimensional distribution of the aerosol. The method enables the remote detection of sources of atmospheric and light pollution and was published in the journal MNRAS Letters, which publishes works with a high potential to influence research in the given field. The satellite data have allowed us to clarify another problem associated with determining the total light flux from terrestrial sources and to develop a model that has changed the so far accepted notion of the strong correlation between the light flux from urban light sources and the population. This correlation is an implicit part of almost all calculation tools so the new model will influence the yet known predictive schemes of light pollution. The work was also published in the same magazine.