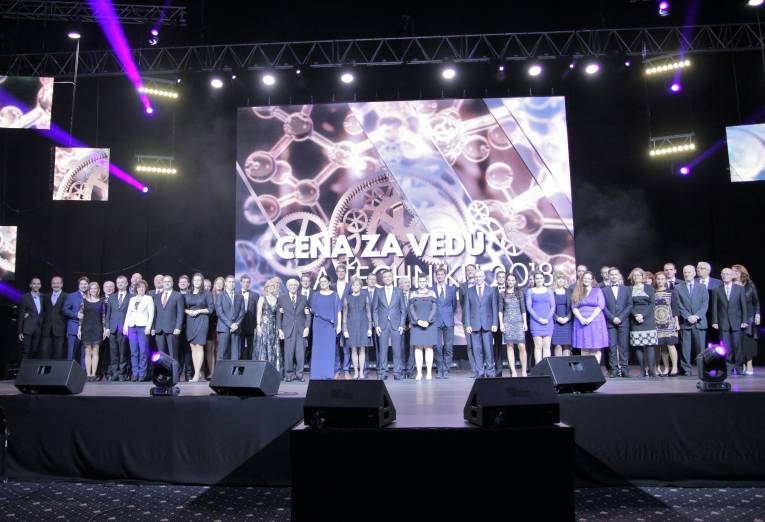 Awards for Scientists and Engineers in Slovakia

9. 11. 2018 | 1827 visits
The Light of Knowledge dance choreography, singer Andrea Zimányiová and other cultural performances contributed to the ceremonial atmosphere of the awards for science and technology by the Slovak Ministry of Education, Science, Research and Sport on November 8th in Incheba, Bratislava, during Science and Technology Week in Slovakia.

The awards in five categories, awarded on the basis of the evaluation of the expert commission, were presented by the Slovak Minister of Education, Martina Lubyová, as a token of recognition and appreciation of the work of Slovak scientists for their individual significant part in the development of society. "I consider it very important that we also commend the excellent scientists who extend the reputation of Slovakia abroad," said the minister who confirmed her desire to provide decent funding for excellent science in Slovakia. "We would like to improve the" architecture "of science in Slovakia in 2019, to unify the conditions for the evaluation of scientific results ... " Several honorary guests from the state sector, universities, several members of the SAS Presidium, as well as from the private research and development sector, club representatives, unions and associations, all took part in the gala evening.

Among the winners from SAS were in the category of Personality of Science and Technology Ing. Igor Lacek, DrSc. for results and the creation of significant international cooperation in the field of diabetes treatment by transplantation of encapsulated pancreatic islets. For a lifetime of service, Doc. Ing. Vladimír Farkaš, DrSc of the SAS Institute of Chemistry received an award for original results of research into the metabolism of fungal and plant polysaccharides and biological protection of plants and their use in practice. Dr. Farkaš is one of the leading Slovak natural scientists with research covering the areas of biochemistry, microbiology and biotechnology.

During the event, the SAS Presidium awarded the SAS Prize for Building Infrastructure for Science. This was acquired by a team of staff from the SAS Institute of Experimental Physics of Košice, composed of: Ing. Richard Bilek, Ing. Ingrid Kuľková, Ing. Miloslav Straka and RNDr. Martin Vaľa, PhD. (spn) 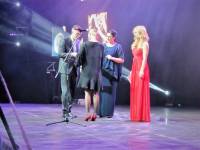