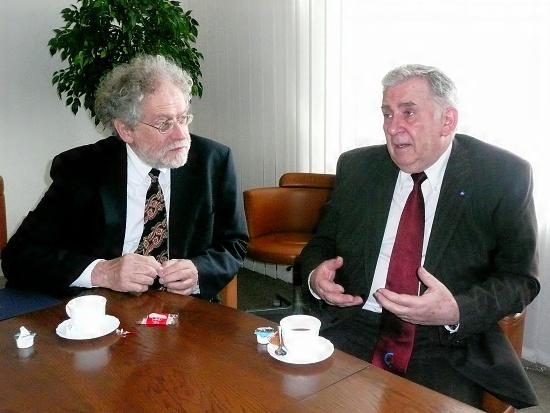 The new Honorary Member of the SAS Learned Society

in frame of his visit in Bratislava.

Prof. Anton Zeilinger from Institute of experimental physics of the Vienna University was awarded on 3 April 2008 at the Office of the SAS Presidium with a diploma of Honorary member of the SAS Learned Society. Prof. Štefan Luby, the President of the Slovak Academy of Sciences, Prof. Fedor Čiampor, the President of the SAS Learned Society and Prof. Vladimir Bužek, the Director of the Centre of quantum information research of the Institute of physics, SAS represented the Slovak Academy of Sciences at the awarding ceremony.

Prof. Anton Zeilinger, who is worldwide know with his works and experiments in the field of quantum physics, has been engaged on foremost scientific institutions in France, USA and Great Britain. At the present time he is working at the Institute for quantum optics of the Austrian Academy of Sciences and he closely cooperates with the Centre of quantum information research of the Institute of physics, SAS. In the last ten years he actively supported the development of physical sciences in frame of the Slovak Academy of Sciences.

The SAS Learned Society honored his long-term active support of the physical sciences in Slovakia with awarding of the honorary membership. 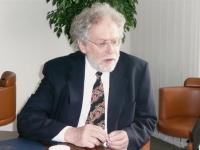