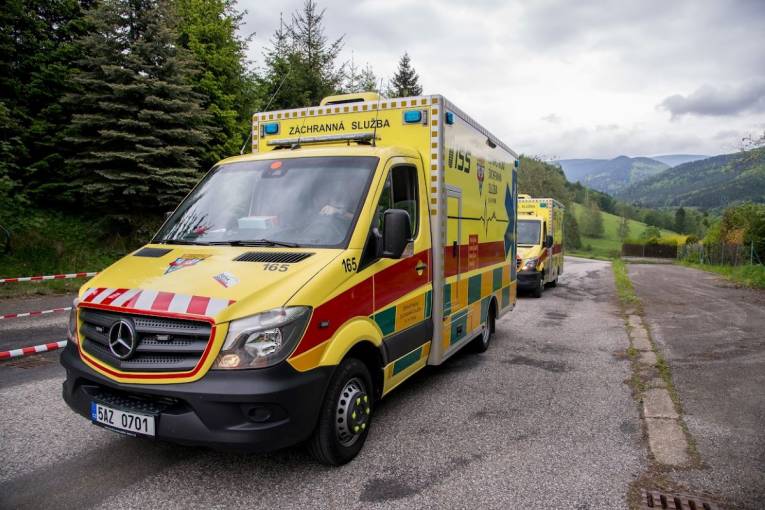 Paramedics as an inspiration to us when handling challenging situations

The scientific team from the Institute of Experimental Psychology of the Centre of Social and Psychological Sciences SAS (ÚEP CSPV SAV, v. v. i.) has been studying for a long time what paramedics go through when dealing with various tense situations. In its recent research, the team dealt with the question of how the commanders of these crews maintain their presence of mind and keep a cool head during the most difficult moments of their duty.

There are several methods by which psychologists examine decision-making, stress management, teamwork, and other non-technical skills in high-risk, high-stress occupations. One of them is simulated situations at competitions. During their research, experimental psychologists from the SAS focused on the participants of the Rallye Rejvíz International Medical Rescue Competition and, above all, the mechanisms through which crew commanders manage emotional stress.

"We watched the rescue crews carefully while they were performing competitive tasks. Subsequently, we conducted short interviews with their commanders, where we tried to understand their internal process," Branislav Uhrecký from ÚEP CSPV SAS explains the research methodology, adding: “The advantage of such competitions is also the fact that the contestants are evaluated by judges. This allows us to assess to a certain extent whether a given way of thinking, team coordination, or self-regulation help lead to a better final result.”

Based on the interviews and processed data, the researchers divided the crew commanders into two groups. The first are the so-called: "tunnellers", commanders who narrowed their focus to the most acute patient in a critical and chaotic situation. The second group are the so-called "conductors" who preferred to stay in the background, monitor the development of the situation and give instructions to their colleagues.

"During the interviews, the tunnellers reflected on how narrowing their attention is a useful and, at the same time, a pleasant state for them. On the one hand, their working memory is occupied by focusing on the current task and planning the next step, on the other hand, their awareness of their own emotions is muted. However, their experiences are important support for them, thanks to which they can read the situation more easily. Many of their procedures are already automated, which means that they put less strain on their attention and working memory," explained the experimental psychologist.

In the group of "conductors", the researchers noticed the fact that the spatial distance from which they observed and kept track of the events was also related to the emotional distance, i.e. the ability to perceive a situation from an emotionally disinterested, detached perspective.

"The crew commanders admitted that in their profession it is important to preserve and experience emotions, for example, compassion for the suffering of patients, a sense of responsibility for their health, or stress in the case of tense situations, but at the same time, they perceived the need not to be overwhelmed by them. The team actually expressed the essence of emotional distance as a strategy of emotion regulation," clarifies the scientist, emphasizing that there is not necessarily one correct approach to managing the psychological burden, because among the best-rated crews of the competition were both "tunnellers" and "conductors".

Nevertheless, even the non-expert public can take an example from the approach of the crew commanders of emergency medical services. According to experimental psychologists, the key is, above all, to maintain the focus of attention on the present moment.

"The most important thing is to keep your mind in the present, which can be helped in two ways. One is to focus on what gives or could give us satisfaction in a given situation (such as adrenaline and challenge for paramedics) and then act according to that emotion. The second way is based on the fact that we create a distance from the situation - for example, by treating the situation as a game. That is, if the situation we are currently experiencing allows it," concludes B. Uhrecký.

The researchers also described the progress of the research in the ÚEP CSPV SAS blog.