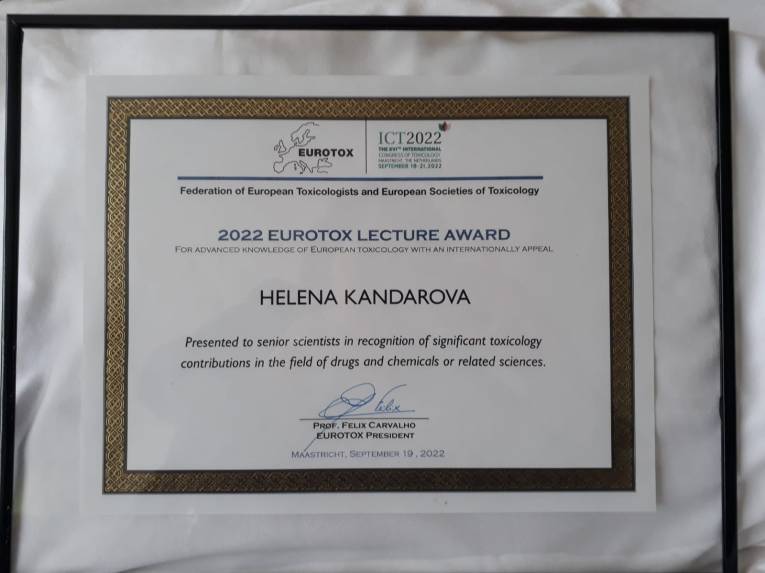 SAS SCIENTIST AWARDED FOR CONTRIBUTION IN THE FIELD OF TOXICOLOGY

Helena Kanďárová from the Centre of Experimental Medicine of the SAS (CEM SAV, v. v. i.) won the prestigious EUROTOX Award Lecture. The award is presented by the Federation of European Toxicologists and European Societies of Toxicology EUROTOX to scientists who, with their exceptional efforts, have contributed to research in the field of toxicology of drugs or chemical substances. Dr. Kanďárová received a valuable award for her fundamental contribution in the field of validation and implementation of alternative methods, also called NAMs (New Approach Methodologies), which use innovative approaches without the need for animal testing.

"Receiving this award is a great honour for me. I believe that my journey will be an inspiration for young promising scientists who want to contribute to safer testing of chemical substances and to prevent unnecessary testing on animals wherever scientific progress already makes it possible to use alternatives," says Helena Kanďárová.

The work and knowledge of Dr. Kanďárová have an international reach. In Slovakia, she runs a unique laboratory of the European network of testing laboratories SK-NETVAL, she is a member of several international working groups (OECD, EPAA Mirror group, PARERE network of the European Commission). She holds the position of a President of the European Society of Toxicology In Vitro ESTIV, the largest European association, grouping experts in the field of NAMs, using in vitro and in silico methods for evaluating the safety and mechanism of effects of substances. These and other activities which Dr. Kanďárová deals with contribute significantly to the successful implementation of alternative methods in regulatory practice.

Dr. Kanďárová received the award at the XVI. International Congress of Toxicology 2022, where she gave a lecture on the importance of tissue engineering and the use of reconstituted 3D models of human tissues in toxicology. Tireless work on the development and validation of test procedures and refinement of models led to the development of modern 3D models suitable for testing the safety and efficacy of chemicals that are accepted by regulatory authorities. At the same time, the lecture had a motivational nature, especially for young scientists, to whom it showed that determination and targeted work ultimately lead to first-class results.

Centre of Experimental Medicine of the SAS focuses on integrated research into the causes, mechanisms of occurrence and possibilities of prevention, diagnosis and treatment of socially serious diseases with an emphasis on diseases of the cardiovascular and nervous system, metabolic disorders, psychological disorders and mental health issues, as well as diseases that originate in prenatal and early postnatal period of development. Research is carried out at the in silico, in vitro, ex vivo and in vivo level with the aim of transferring the acquired knowledge into clinical practice. An important part is the evaluation of the effects of bioactive natural substances, their derivatives and original synthetic substances with pharmacotherapeutic potential on animal models of human diseases and human samples, as well as the study of side effects and toxic effects of chemical substances and radiation. 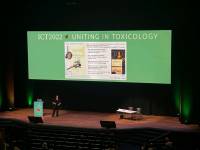 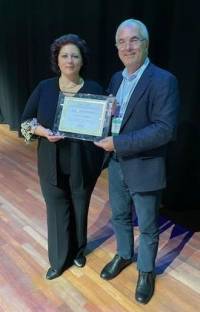