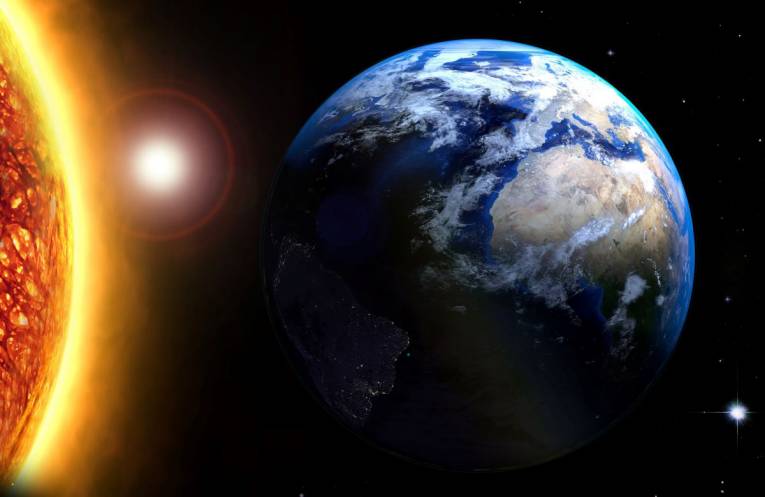 Earth closest to sun in January

The universe offers us curiosity these days. On Tuesday, January 4, 2022, at 8 a.m., the Earth will be in the perihelion, at the closest point of its orbit around the Sun. It will be only 147,104,100 km from the central star of our planetary system. At the same time, in the summer of July 5, 2022, the Earth will be the furthest away from the Sun, up to 152,099,100 km. Although these distances would better match the seasons in the southern hemisphere, it has nothing to do with them. As we already know from school, the alternation of the seasons is caused by the inclination of the Earth's axis of rotation relative to the plane of the Earth's orbit around the Sun. However, this has one interesting consequence.

The Earth moves around the Sun in an elliptical orbit in accordance with Kepler's laws, according to which objects closer to the Sun reach a higher orbital speed. In the case of the Earth, it is precisely at a time when it is cold in the northern hemisphere, and, ultimately, it also affects the overall length of the cold part of the year.

“If we count how many days pass between the equinoxes when the Sun moves from one hemisphere to another in the sky, we find that 186 days pass from March 20 to September 22. However, from September 22 to March 20 of the following year, it is only 179 days.  So, due to the uneven speed of the Earth around the Sun, the cold part of the year in the northern hemisphere is one week shorter than the warm one,” explained Ján Svoreň from the Astronomical Institute SAS, who also added that the days on which the equinox falls varies from year to year, therefore, he worked with the average values ​​in the calculation.