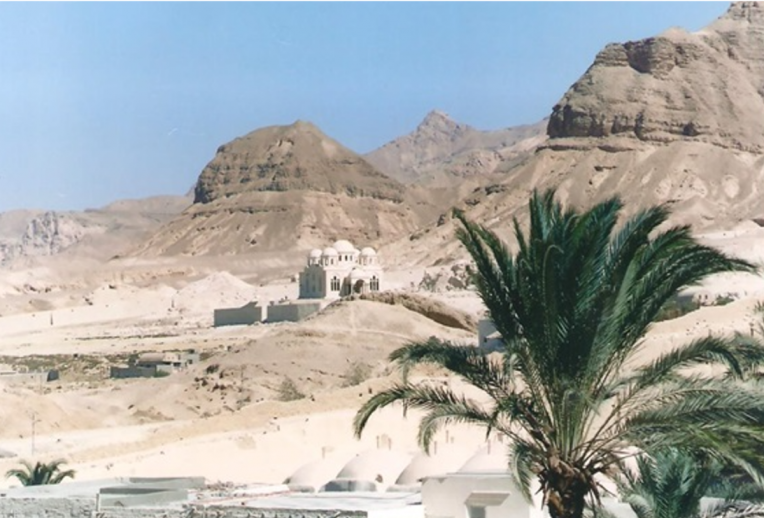 Christians in Egypt will celebrate Christmas on January 7

Eíd mílád madžíd is the Egyptian equivalent of the Merry Christmas greeting, which literally means "the holiday of the solemn birth." In Egypt, during the celebration of the Christmas holidays, it will be expressed by Orthodox Copts, who make up the largest Christian population in the Middle East. An Egyptian from the Institute of Oriental Studies SAS describes the traditions associated with the celebration of Christmas holidays in a popular tourist destination, in which Christians make up only 10 per cent of the population.

The Coptic Orthodox Christians began the spiritual and physical preparation for the celebration of the Christmas holidays on November 25 with a special strict "holy fast of the Nativity.” Meat and animal products, including butter, milk and eggs, are renounced for 43 days. Only weak or sick believers are justified from fasting. They will celebrate the birth of the Lord on January 7 - which is the 29th day of the month kojak/choják in the Coptic calendar. For Christians, kojak is also known as Mariam's month - the month of the Virgin Mary.

“Every Saturday during the month of kojak, Coptic believers take part in a special liturgy, which is characterised by special midnight hymns. Their name translates as Seven and Four (Sabaa wa arbaa in Arabic), which corresponds to the number of seven hymns of the theotokos and four hymns to the Virgin Mary. Early in the morning, around five o'clock, the believers then attend the Holy Mass. Catholic rorates in Slovakia are probably the most similar to the custom of early morning Mass,” explains Jozef Hudec from the Institute of Oriental Studies SAS.

Before Christmas, Egyptian churches and Christian houses are also decorated with trees, lights and small cribs. "On Christmas Day, the Patriarch-Pope of the Orthodox Coptic Church (currently 118th Pope Tawadros II) opens special ceremonies at Cairo's St. Mark's Cathedral. Services begin around eleven in the evening and usually end after midnight, but some last until four in the morning,” adds the Egyptologist.

When the ceremonies are over, believers go home to eat a special Christmas meal called fattah, consisting of bread, rice, garlic and cooked (lamb) meat. Christmas dishes containing meat, eggs and butter are popular - everything that believers lacked during the Advent fast.

"In Egypt, they don´t have Santa Claus but Noel Baba, a kind of Middle Eastern adaptation of Nicholas - the French père Noël. It symbolizes the spirit of generosity, even for Muslim children. Since there are no chimneys in Egypt, Noel Baba comes through the windows and leaves presents, often in exchange for kahk cakes, which are similar to our honey cakes,” says Jozef Hudec.

Copts speak Egyptian Arabic and use Coptic only for worship - the last stage of development of ancient Egyptian, written in the Greek alphabet and with some characters from Demotic. In liturgical Coptic, the Christmas greeting resembles our Easter one by its composition:  Pichristos avmacf - Chen umethmi avmacf (Christ is born! - In truth, he is born!).