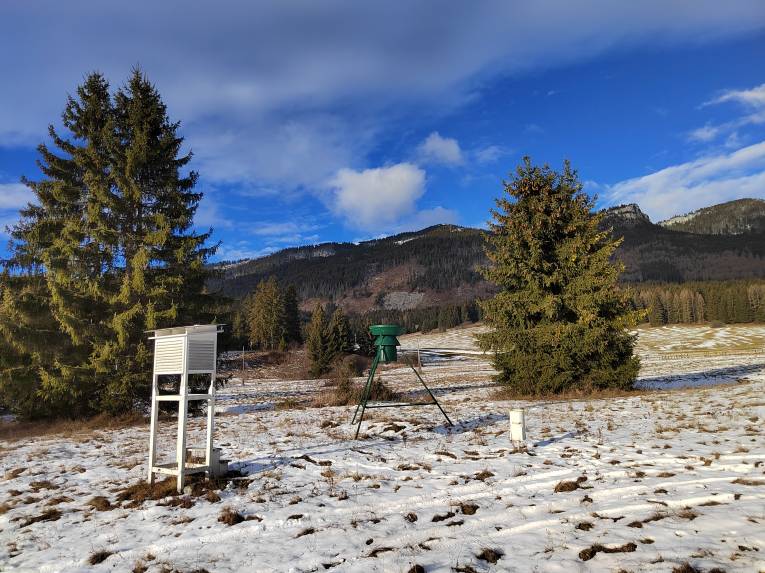 If St. Martin arrives on a white horse, snow flurries will be plentiful - this traditional winter saying did not bring snow to Slovakia´s region, Liptov. In the last 33 years, it has only been confirmed 21 times. These findings were revealed by scientists from the Institute of Hydrology SAS, who took a closer look at how two popular winter sayings have come true in the region of the Western Tatras in the past three decades.

Modern technologies allow us to make very accurate weather forecasts, and thanks to mobile applications, we can check current meteorological information virtually any time. However, our ancestors could only predict the weather in the past based on the previous long-term observations. As a result, folk sayings emerged, often in the form of rhymes that were easy to remember. Hydrologists from the Slovak Academy of Sciences were interested in whether we could rely on the judgement and many years of experience of our ancestors even during the ongoing climate crisis.

The researchers chose two winter sayings: If St. Martin arrives on a white horse, snow flurries will be plentiful and Catherine in the mud, Christmas on ice (or vice versa) for verification and analysed them based on the data recorded by the meteorological station above the village of Jalovec (in the region of Liptovský Mikuláš) at an altitude of 800 m above sea level.

“We used data on average daily air temperature, daily precipitation and daily potential evapotranspiration. The MikeShe distributed rainfall-runoff model, which we used to simulate the water value of snow at the meteorological station site, helped us analyse and process the results,” explained Michal Danko from the Research base for mountain hydrology IH SAS in Liptovský Mikuláš.

Expert data speak clearly. During the observed period of 33 years, it snowed exactly four times in Liptov on Saint Martin's Day (November 11). "If Martin arriving on a white horse is to represent the first snowfall after autumn, then according to our data, the first snow arrived in Liptov with a delay, on average until November 20, on Felix´s day," said the hydrologist, adding that the first snow in the Western Tatras region was also delayed this year, “it was Kornel who arrived on the white horse” (November 26).

The first snow lasts on average only one to two weeks because it is affected by the so-called "pre-Christmas warming". The continuous snow cover from November lasted until the end of the winter season in Liptov only in 1988, 2001, 2004 and 2005.

Scientists have also compared the dates of November 25 and December 24 in connection with the Saint Catherine's Day saying. "We have experienced Christmas in the mud 14 times during the observed period. The remaining 19 times, we experienced more snowy holidays in this region,” said Michal Danko, who added that based on the processed data, the saying in one or other variant was confirmed at 64%.

"In 2021, we experienced Saint Catherine's Day in the mud at a meteorological station. The approaching weather forecast by the SHMÚ for the Liptov region predicts snowfall and sub-zero air temperature at Christmas. The saying for this year could, therefore, be confirmed again,” hopes the scientist.